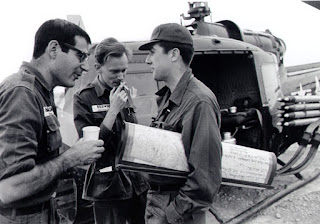 https://www.cjr.org/local_news/pursuing-big-dreams-halberstam-started-small.php
Even at 21, he had a keen sense for the next story. In 1955 he headed to a tiny newspaper in Mississippi.

A MONTH AFTER DAVID HALBERSTAM graduated from Harvard University in 1955, he took a job as the lone reporter on Mississippi’s smallest daily newspaper, the West Point Daily Times Leader, circulation 4,000. Immediately after setting foot in the newsroom, he encountered Beulah Harris, the mother of the editor of the family-owned paper. She looked the 6-foot-3-inch, 21-year-old New Yorker up and down and smiled: “The Lord Jesus Christ sent you here.”
“I, descendant of many centuries of illustrious rabbis, a line only recently broken by two or three generations of American renegades, looked at her in stunned surprise,” Halberstam wrote in Esquire in 1981. “ ‘Of course He did,’ she said. ‘Why else would you be here?’ I could not argue, and with that we became friends.”
For Halberstam, that began a journey th…
Posta un commento
Continua a leggere
Altri post