Australians in Confed Cup ‘to win it’ despite Brazil drubbing 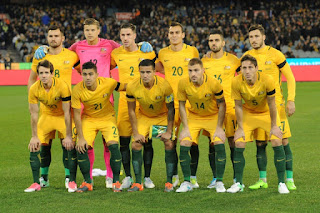 Sydney (AFP) – Australia departed for the Russia and FIFA’s Confederations Cup Wednesday (June 14) insisting they can still win it, despite a crushing 4-0 demolition by Brazil in a lopsided warm-up.
The Socceroos were thrashed by the South Americans in a friendly in Melbourne on Tuesday, but coach Ange Postecoglou preferred to look on the bright side.
“For us as I said, this game was preparation for what we’re going to face,” he said.
“We needed to do some things in terms of getting some game time into players and we got that. We’ll be ready for the first game.”
The Socceroos held the five-times World Cup winners to 1-0 at half-time after conceding just 12 seconds from the kick-off, but the home defence’s frailties were exposed by three second-half goals.
It was a sobering farewell for Australia, who face Germany in their opening Confederations Cup game on June 19, then Camero…
Posta un commento
Continua a leggere
Altri post