Six reasons we should trust Valverde 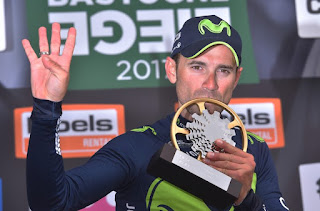 http://www.velonews.com/2017/04/commentary/opinion-six-reasons-we-should-trust-valverde_436574
by Andrew Hood
VELONEWS.com
Published Apr. 26, 2017
Valverde's fourth win at Liege was popular in Spain, but some fans are skeptical of the aging champion. Photo: Tim De Waele | TDWsport.com
Hot off his third-career Ardennes double, Alejandro Valverde is like a fine Spanish wine that just keeps getting better with age. In 26 race days so far this year, he’s only finished out of the top-20 once, and won a WorldTour-leading 11 stages and races along the way. That’s downright Merckxian by any measure.
While Valverde’s domination is celebrated in Spain — the Spanish daily MARCA gave Valverde a full-page spread Tuesday to celebrate his 37th birthday — more than a few might be rolling their eyes. You could almost hear the collective groan on social media when Valverde powered to victory Sunday at Liège-Bastogne-Liège. To some, Valverde’s run seems too good to be true.
There’s an expression in …
Posta un commento
Continua a leggere 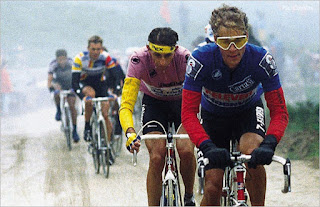