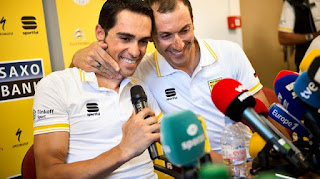 There was no let-up for Ivan Basso on the Tour’s first rest-day – just the shocking announcement that he’d been diagnosed with testicular cancer
Writer: Daniel Friebe
Nine years after striding across a Strasbourg hotel car park, climbing into a car and driving out of the Tour de France in disgrace, Ivan Basso enacted an unsettlingly similar yet altogether different scene in Pau.
This time around Basso shook a few last hands, forced another smile, thanked the handful of well-wishers – fans, journalists and the Lampre mechanics working nearby – and took his place in the passenger seat of his friend and agent Giovanni Lombardi’s white SUV. “Ciao, tutti,” were his last words before leaving.
Everything in the previous three hours had happened with disorienting speed. First the confirmation from the hospital in Pau that the lump identified the previous evening by the Tour’s own medical staff in an X-ray was indeed a tumour. Then the phonecall to his wife,Micaela, back home in Cassano Magnago…
Posta un commento
Continua a leggere 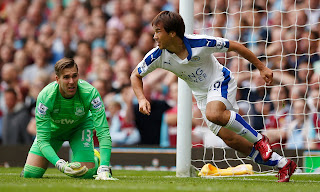