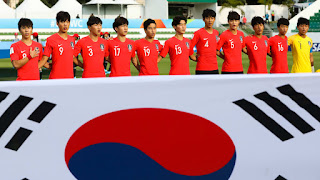 https://www.fifa.com/u17worldcup/teams/team/1888311/profile/
FIFA U-17 World Cup record
Korea Republic have twice featured in the quarter-final stage during their 5 FIFA U-17 World Cup appearances. They reached the last eight as tournament debutants at Canada 1987, a feat which they emulated at Nigeria 2009. In their latest showings at Chile 2015, Korea Republic progressed to the second round only to lose out to Belgium 2-0.
The road to Brazil
A clean slate during the group stage where they won all 3 matches against Australia (3-0), Afghanistan (7-0) and Iraq (2-0). A solitary-goal victory against India in the quarter-finals sealed their passage to Brazil 2019 with Jeong Sang-bin scoring the all-important match-winner. Their hopes of a third Asian title were, however, shattered after being edged by Tajikistan on penalties in the last-four meeting.
The coach  Former Daejeon Citizen and Bucheon SK defender Kim Jungsoo began his coaching career in 2007 and, after managing a couple of sch…
Posta un commento
Continua a leggere 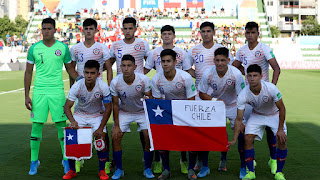 FIFA U-17 World Cup record
Brazil 2019 will be La Rojita’s fifth World Cup in this category and third in a row. They made their competition debut at Japan 1993, where they also secured their best finish to date of third. At Egypt 1997, they failed to go beyond the group phase, and they would not grace the tournament again until hosting it in 2015, when they made the last 16. Two years ago in India (2017), they were eliminated in the first round. The road to Brazil


Chile were one of the sensations the South American U-17 Championship, only missing out on the title thanks to Argentina’s superior goal difference of one.They made quite an impression by overcoming a poor start to string together four consecutive wins and reach the hexagonal final phase. There they suffered just a solitary defeat at the hands of La Albiceleste.Chile’s victory over Uruguay exemplified the team’s character. Losing 2-0 and with their World Cup hopes in…
Posta un commento
Continua a leggere
Altri post