THE CURSE OF THE CHELSEA No.9 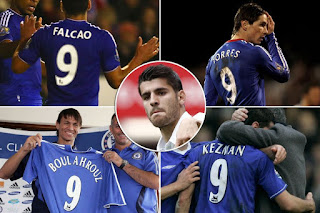 by FOUR FOUR TWO, December 2017
Morata may have hit the ground running at Stamford Bridge, but the Blues’ No.9 shirt has not brought its wearer a great deal of success since the days of Jimmy Floyd Hasselbaink
MATEJA KEZMAN 2004-05 Four dynamite campaigns with PSV – including a 35-goal 2002-03 – meant the Serbianwas one of the most sought-after strikers in Europe, and Mourinho must have thought he had found the perfect Hasselbaink replacement. But he never got going, scoring only four goals for the Blues.
HERNAN CRESPO 2003-06 The Argentina legend found the net wherever he went, from River Plate to Parma and Lazio to both Milan clubs. And while he can’t be deemed a complete flop – he played 49 games and scored 20 – once Didier Drogba had really established himself, poor Hernan was considered expendable by Mourinho.
KHALID BOULAHROUZ 2006-07 Not your regular No.9: the Dutchman was a defender, but the digit just happened to be going spare after Crespo left. It didn't magically bring…
Posta un commento
Continua a leggere 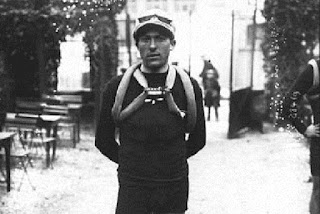