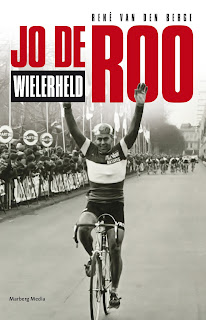 The most successful rider to come out of the Netherlands prior to 1968 Tour de France winner Jan Janssen, Jo De Roo was the ultimate in all-rounders, capable of beating the very best on the plains of Paris-Tours and the hills of Lombardy

At 77, Jo De Roo’s blue eyes are as piercing as ever and he is still very trim. A slight limp initially suggests that age is getting the better of him but is in fact the result of recent knee surgery that is currently preventing him enjoying his usual two or three weekly sorties on his bike in his home region of Zeeland, hopping from one island to the next, just as the Tour de France did this summer. “It’s always windy and it’s pretty hard,” he says. It is ideal terrain, he adds, for a rider aiming to make a name for himself in the Classics.
Holland’s most successful rider until the emergence of Jan Janssen, De Roo was that rare beast who could win almost any of the Classics, no matter what the terrai…
Posta un commento
Continua a leggere

Of Bicycles and Drug Money 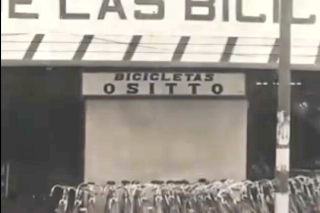 Recently the topic of Pablo Escobar has become to resurface with the opening of a new Colombian Soap Opera by its name: Pablo Escobar - El Patrón del Mal. or Pablo Escobar, the Lord of Evil.﻿

Fewer people nowadays don't know who Escobar was, but for us Colombians that had to grow up with the cartel wars and thus with the bombings, the extravagant silliness, the news, the uncertainty and the inflation that drug money fueled, that name and the names of many other drug lords are latent in memory. Pablo was definitely an icon. You can ask around the world what his name means for them and you will hear dozens, maybe hundreds of different adjectives associated to it. For me, the name meant power, determination, suicide. The picture above shows how this type of money permeated even the most noble of inventions.﻿﻿﻿﻿﻿﻿

- ottobre 01, 2015
With Anthony Wile - July 13, 2014 With Anthony Wile - July 13, 2014 Introduction:  Roberto Escobar Gaviria, an entrepreneur in Colombia, is the brother of the late Colombian drug lord Pablo Escobar, and former chief accountant, "right-hand man and administrative brains" of the Escobar operation (Whitewash: Pablo Escobar and the Cocaine Wars, p 23). Roberto spent more than 11 years in a maximum-security prison in Itagüi, south of Medellin, Colombia. Escobar is author of The Accountant's Story: Inside the Violent World of the Medellin Cartel: The True Story of Pablo Escobar (2009), Escobar: The Inside Story of Pablo Escobar, the World's Most Powerful Criminal (2009) and Mi Hermano Pablo (2008).

with Anthony Wile - Published by The Daily Bell - July 13 2014  While Roberto was becoming a world-class cyclist as a young man, eventually winning numerous national and international medals, coach of the Colombian national cycling team and opening his own bicycle factory, Pablo…
Posta un commento
Continua a leggere 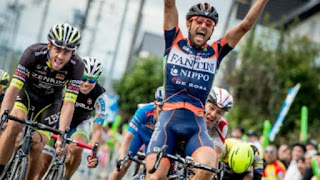 A high-speed collision with a spectator’s camera cost Daniele Colli his Giro, and almost his career. Procycling meets one of the sport’s most resilient characters and examines the modern day Russian Roulette which is the bunch sprint.

On an early August Monday morning in the furnace of the Milanese hinterlands, Procycling is pushed for time. We’re heading to meet a man in a hurry, a cyclist with a plane to catch. Daniele Colli, he of the Giro d’Italia horror crash, is bound for the Tour of Burgos. There he will enact his latest comeback, the latest instalment in the spellbinding tragi-comedy which is his cycling career. Those of you familiar with Colli’s story will likely be fearing the worst at this point and quite rightly, too. Hold on to your hats.
As a junior Colli simply won everything, everywhere. He was an Italian national champion destined for the very top and he duly signed professional terms with Liquigas in 2005. Then, how…
Posta un commento
Continua a leggere
Altri post