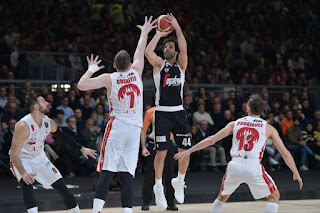 A junk wins a new day on court 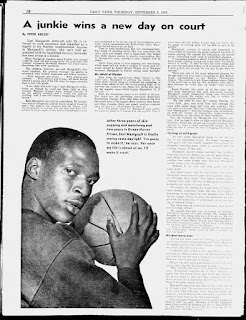 Earl Manigault, although only 25, is referred to with reverence and regarded as a legend in his Harlem neighborhood. Anyone in Manigault’s section, who isn’t well acquainted with his basketball heroics, obviously has been living in a bubble.
When Manigault wanders along Eight Ave, around 114th St., both old and young shout out greetings. The younger teenagers devotedly shadow his every move, showering him with questions.
The children, however, are not Manigault’s only street shadows. His journey through the ghetto is saturated with morbid memories and bitter torment.
…With hallways and alleys. …With addicts and pushers. …With thieves and fences. All these things played a major part of his life after he began smoking dope in the 11th grade.
“I see them wherever I go,” says Manigault reflectively, as though he could see them right at that moment. Waiting. Always there. Always waiting. “I see the addicts nodding and I watch the p…
Posta un commento
Continua a leggere
Altri post