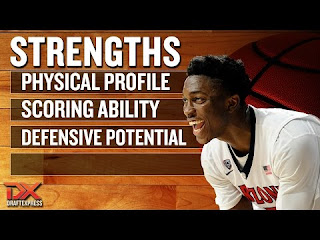 Strengths:
Versatile and two-way wing player with considerable upside (turns 19 on May 29th) ... Solid feel for the game ... Ultimate competitor and does the little things it takes to win ... Athletically gifted with a strong body frame ... Great physical attributes and nice size ... 6-11 ½ wingspan ... Both upper and lower body are rock solid ... Combines speed, quickness, power at a high level ... Has great footwork ... Can score the ball in numerous ways (still polishing his offensive game) ... Good change of pace player ... Slasher ... Shooting stroke has shown improvement ... Jump shot has balance and elevation ... Capable of hitting jump shots off the dribble and by pulling or spotting up ... Can knock down spot up 3-pointers (has a quick release and always keeps hands and feet set) ... Has range on his shot ... Possesses…
Posta un commento
Continua a leggere 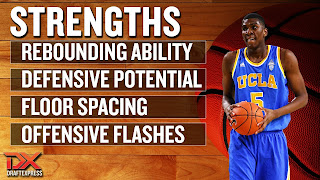 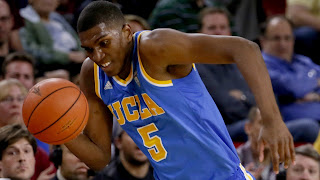 Milwaukee-bred forward Kevon Looney is headed to UCLA with a simple goal: help put the Bruins back on top
“I’m steadily improving my shooting, hitting a lot of threes this year.” - Kevon Looney

words: Ryan Jones, Slam Magazine, April 2014
He was barely into middle school at the time, but even then, Kevon Looney knew he and his AAU teammates were in over their heads. “We played against a bunch of the top guys in the country our age, like the Harrison twins, and they blew us out by 30,” Looney remembers. “It was really ugly.”
Looney and his young teammates on the Milwaukee Running Rebels weren’t quite ready for their first taste of big-time hoops, but as he’s quick to point out, “We’ve made some strides since then.” Few players in the country have made more progress than Looney.  Now a senior at Milwaukee (WI) Hamilton, the 6-10, 210-pounder is a consensus top-15 prospect in the 2014 class.  He says he started to realize how far he’d come a few years ago, frst when he stepped up to the U…
Posta un commento
Continua a leggere 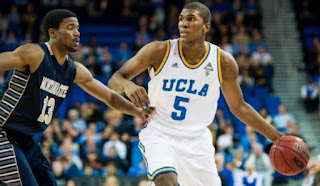 While he has a long ways to go, he is considered a potential lottery pick. If effort is a skill, then it is Looney's top attribute. He has one of the most unorthodox games you will find. While he's got some great versatility to handle the ball and even pass it, he projects as a four for the NBA level. He has one of the best motors, giving consistent energy and effort in every game. While he doesn't have much of a post game, and needs to get a lot stronger, he is a tremendous rebounder.


3. Kevon LooneyWASLatest RumorsSmall Forward / 6-9 / UCLA / Freshman11.6 ppg, 9.2 rpg, 1.4 apg
While he has a long ways to go, he is considered a potential lottery pick. If effort is a skill, then it is Looney's top attribute. He has one of the most unorthodox games you will find. While he's g…
Posta un commento
Continua a leggere 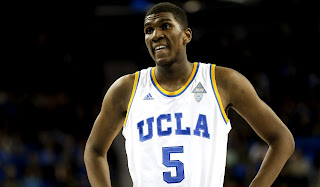 Strengths:  Talented forward with great physical attributes, who can be a very difficult match-up … Great instincts and aggressiveness as a rebounder, attacks the ball high and is dangerous on the offensive glass … High release on his shot, with potential to stretch his range … Shows potential to be efficient on the pick-and-roll, as well as the pick-and-pop … Unselfish player, has shown vision when in one-on-one situations … Length gives him potential as a defender, and he has been tough to shoot over when focused … Has to be accounted for as a shooting threat from the mid-range, plus has the ability to use the dribble on run outs … Becoming more confident as a cutter as his freshman season has progressed, getting used to being a t…
Posta un commento
Continua a leggere 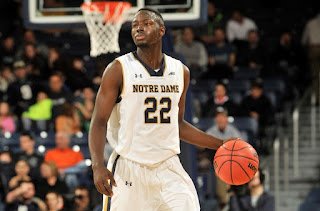 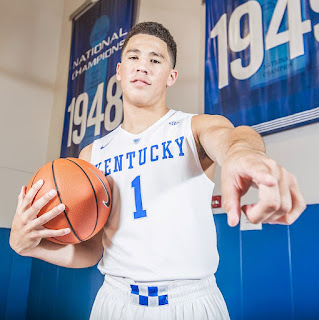 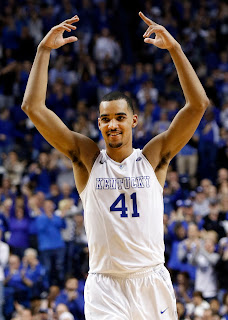 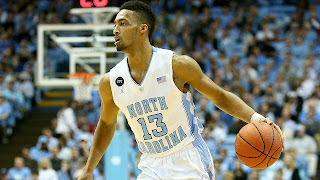 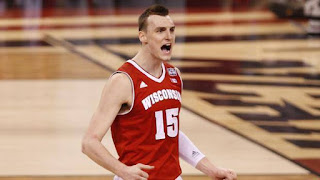 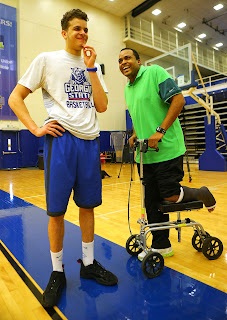 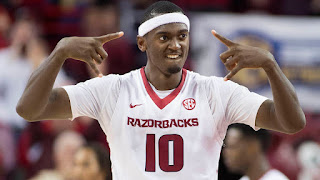 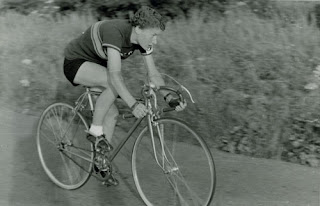 In the end, her relentless drive was possibly what killed Beryl Burton, but during her lifetime it is also what defined her.
Even as a schoolgirl playing ball by herself in the playground she would set exacting standards. In her autobiography Personal Best, she explained that every time she failed to reach her target, it would result in an inward ticking off. “I would even bite the ball with frustration and annoyance,” she wrote.
Her daughter, Denise Burton-Cole, thinks that more so than any physical attributes, Burton’s gift was her determination.
“She just had her own ideas of what she was going to do and she did it,” Denise recalls. “Nothing stood in her way.”
The results produced by this determination were outstanding. In the history of British cycling, no one before or since has been quite so dominating. And while Burton’s bread and butter was the domestic time trialling scene, where she ruled the roost for a whole quarter of a century, she also…
Posta un commento
Continua a leggere
Altri post