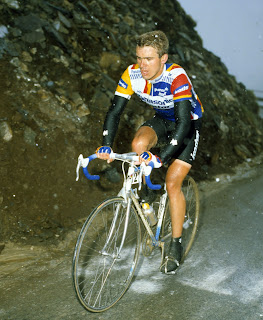 It has been 26 years since Holland’s champion-elect wore yellow at the Tour de France. As he and his Roompot team wrestle with Rabobank’s legacy, Procycling asks whether the anointed one is looking forwards or backwards

Three unemployed former Dutch cyclists issued a press release in June 2014. Jean-Paul van Poppel, Michael Boogerd and Erik Breukink announced that they’d had a very bright idea. ‘Project Orange’, they told us, was in negotiation with potential sponsors and would soon become a ProContinental team. Van Poppel, a former Tour de France green jersey and multiple stage winner, had lost his job when Vacansoleil had failed to secure new sponsorship. Boogerd, 10 years his junior, had been the poster boy of Dutch cycling during the EPO years. He’d retired in 2007, before being dragged into the long, messy and extremely public fall from grace of Rabobank, to all intents and purposes Holland’s national team. And then there was Br…
Posta un commento
Continua a leggere 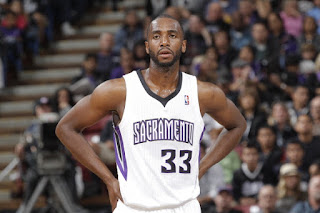 The Sacramento Kings voided the contract of forward Luc Mbah a Moute on Thursday after he failed a team physical.

by ANTONIO GONZALEZ (AP Basketball Writer) July 16, 2015 7:19 PM AP - Sports
The announcement by the Kings came two days after Mbah a Moute signed a one-year deal as a free agent. The team had hoped he could add depth and defense to the second unit.

Instead, Mbah a Moute is looking for another landing spot - and the Kings are searching for a replacement.

The 28-year-old Mbah a Moute was born in Cameroon and played at UCLA. Milwaukee drafted him with the 37th overall pick in 2008.

Mbah a Moute averaged a career-high 9.9 points to go with 4.9 rebounds with Philadelphia last season. He has averaged 6.8 points and 4.9 rebounds in seven NBA seasons.

Both of Mbah a Moute's stints in Sacramento have been brief. The Kings first acquired Mbah a Moute from the Bucks in the summer …
Posta un commento
Continua a leggere 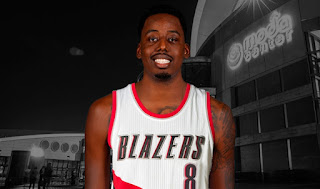 Born to Aboubakar and Anjirlic Aminu on September 21, 1990 in Atlanta, Al-Farouq Aminu is an American-Nigerian professional basketball player of the NBA as well as the Nigeria national team.  He has an older brother who is a fellow Olympian, Alade, and a younger brother, Al-Majid. Growing up, Al-Farouq and Alade had an eternal basketball battle in the driveway of their Stone Mountain, Georgia home. The family believes that the big-brother competitiveness contributed to his competitive drive and toughness that he has today.
Al-Farouq attended Wesleyan School and transferred to Norcross High School his sophomore year and played under coach Eddie Martin. As an upperclassman, Aminu helped Norcross to Georgia 5A state titles in 2007 and 2008 and was ranked as one of the top college recruits in the nation from the class of 2008. He was named the state of Georgia's "Mr. Basketball" that year (2008).
Aminu played in the 2008 McDonald's All-American game starting for the Ea…
Posta un commento
Continua a leggere
Altri post