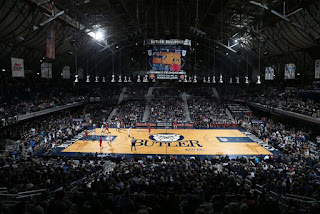 Both the Johnnies and the Butler Bulldogs will be desperate for a Big East win when they meet this upcoming Saturday. The Johnnies come into this game 7-11 overall (0-5) in Big East play. Johnnies seek to get on the win column in the Big East and snap an 8 game losing streak which is the longest in their basketball program's history.
Coach Chris Mullin understands where his team stands and preaches experience as an important factor in the teams development. "We knew this was going to be a tough year. Just look at our roster, that's what it's going to be. When we get more experience, then all these things are gonna come back and be valuable to us. We'll look back on it and say it was worth it," said Mullin via the New York Post.
The Bulldogs will be pla…
Posta un commento
Continua a leggere 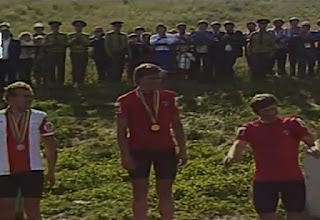 http://www.thebikecomesfirst.com/remembering-sukhoruchenkovs-dominance-of-the-1980-olympic-road-race-video/
by Graham Healy Jan 15, 2016
The road race at the 1980 Olympics in Moscow would see one of the most dominant displays ever in a bike race at the games when the Soviet rider Sergei Sukhoruchenkov crushed the opposition. It was one of many highlights of one of the best amateur careers in the sport.
The 1980 Olympics were the subject of a boycott by over sixty countries with the U.S.A. leading the boycott, citing the Soviet Union’s invasion of Afghanistan the previous year as the reason why they would not be competing. It resulted in the lowest number of participating countries at the games since 1956.
Although cycling wasn’t as badly affected as other sports were, it still meant that there would be no West German team lining up or a team from the U.S. which would have undoubtedly included Greg LeMond.
The clear favourite going into the race was Sukhoruchenkov. The rider from Bryan…
Posta un commento
Continua a leggere

After a standout playing career at Duke that included National Defensive Player of the Year honors in 1998, Steve Wojciechowski returned as an assistant coach for Mike Krzyzewski in 1999-2000. He was promoted to Associate Head Coach in the summer of 2008.
Since Wojciechowski joined the Duke staff, the Blue Devils have posted an incredible 441-92 record, won 9 ACC Tournament championships and claimed the ACC regular season championship five times. Wojciechowski has also been on the staff for 2 NCAA Championships.
Wojciechowski also served as a court coach and scout for Mike Krzyzewski, assisting the USA Basketball Senior National Team staff with on-court duties as well as game preparation from 2006-12, including the program’s go…
Posta un commento
Continua a leggere
Altri post