- aprile 17, 2018
https://southamptonfc.com/news/2018-04-15/jan-bednarek-on-premier-league-debut-post-southampton-chelsea
Jan Bednarek reflected on his short-lived joy at making his Premier League bow for Southampton after they fell to a 3-2 defeat to Chelsea at St Mary’s.
Bednarek replaced Jack Stephens in defence and netted his first goal for the club when he met James Ward-Prowse’s inch-perfect free-kick delivery to put Saints 2-0 ahead.
But, having then conceded three goals in an eight-minute spell, the young Polish defender says it is all about improving with Leicester City the next opponents on Thursday.
“I was really happy that I could help the team and become a Premier League player," said the 22-year-old.
“But now I am not because on my debut we have lost, and the result is the most important thing.
“It’s really nice to score a goal, but it’s about the score after the game and we’ve conceded three goals.
“We need to improve but I think we can get points in the next games.
“We were really co…
Posta un commento
Continua a leggere

Hughes: We need everybody with us

- aprile 17, 2018
https://southamptonfc.com/news/2018-04-15/mark-hughes-on-fans-post-saints-vs-chelsea-premier-league-1718
Mark Hughes has called for more of the same from the Southampton supporters, paying tribute to the way they responded at the end of Saturday’s home game with Chelsea.
It was a bitterly disappointing result for Hughes in his first game in charge, but the manager was encouraged by what he saw from his players, who led 2-0 until the last 20 minutes.
Even after Chelsea mounted a comeback to snatch victory, Hughes pointed to the way his players were applauded off the pitch at full time.
“I felt the players gave everything today and we had fantastic support from the crowd – they recognised the huge effort and that everyone was fighting for the shirt,” he said.
“Clearly, we had a good response at the end of the game, even though we lost a game we should’ve taken something out of.
“That’s encouraging from our point of view, because we need everybody with us. If we continue to perform like …
Posta un commento
Continua a leggere

- aprile 17, 2018
https://southamptonfc.com/news/2018-04-17/inside-track-leicester-vs-saints-premier-league-1718
Ahead of Southampton's trip to the King Power Stadium, we spoke to football writer Rob Tanner of the Leicester Mercury to find out how the Foxes are shaping up for Thursday's Premier League encounter...
- How would you sum up Leicester’s season as a whole?
Frustrating. They were in a bit of trouble early in the season, and, they may have changed manager, but no one really felt they were going to be involved in a relegation battle. After Claude Puel came in, they did very well – especially before Christmas, when they got themselves into a really good position to challenge for a European place. The frustration is they’ve let a really good opportunity slip by. Burnley are now nine points clear in seventh, but they went 11 games without a victory and nobody else – Leicester in particular – was able to capitalise. This could’ve been a special season in the cups as well, having got to the q…
Posta un commento
Continua a leggere

Maya Yoshida is targeting revenge when Southampton head to Leicester on Thursday night.
The defender remembers only too well the reverse fixture at St Mary’s in December, when the Foxes produced a ruthless away performance to run out 4-1 winners.
But Leicester have lost their last two matches and are without a win in four at home, and Yoshida is eyeing an opportunity to set the record straight whilst giving Saints’ survival chances a shot in the arm.
“It was a really disappointing game,” he recalled. “But this is a big chance for revenge against a big opponent.
“They have many good players on the attacking side. It’s really difficult to play one v one against Vardy or Mahrez, so we need to be a good, organised unit to not concede a goal.
“We have a chance to score, I believe, because they’ve conceded in a couple of games recently.”
That quest for goals has been boosted by the return from …
Posta un commento
Continua a leggere 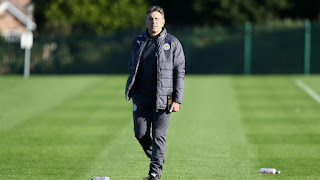 Leicester City announced the appointment of Claude Puel as the Club’s new First Team Manager on 25 October, 2017.
The 56-year-old Frenchman arrived at King Power Stadium with a wealth of experience at élite levels of the game, having managed teams in France’s Ligue 1, the Premier League and the UEFA Champions League, signing a contract to June 2020.
The former AS Monaco, Lyon and Southampton manager is supported by Assistant Managers Pascal Plancque and Michael Appleton.
SAINTS Claude is familiar with the challenges of Premier League football, having led Southampton to an eighth-placed finish during the 2016/17 season, while managing both a UEFA Europa League campaign and a run to the EFL Cup Final against Manchester United.
MONACO He began his managerial career with AS Monaco – the club he represented nearly 500 times in Ligue 1 as a combative midfielder – taking the reins in 1999 and winning Le Championnat a year later, adding to the two titles he won in the principality as a playe…
Posta un commento
Continua a leggere 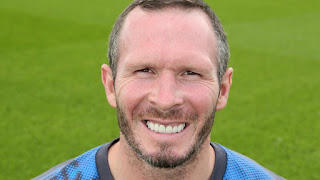 Michael Appleton, 41, joined Leicester City as Assistant Manager on a three-year contract in the summer of 2017.
It was 23 years previously when Appleton broke onto the scene as a youth graduate at Manchester United. He didn’t make a senior appearance at Old Trafford but enjoyed a succession of positive loan spells with Wimbledon, Lincoln City and Grimsby Town.
In 1997, a permanent switch to Preston North End presented itself and he would go on to make 121 appearances in the North West, scoring 12 goals from midfield, as the Lilywhites booked promotion to the First Division in May 2000.
But it was at West Brom, first as a player and then a coach, that Appleton’s made his greatest impact. He only made 33 appearances at The Hawthorns before an injury cut his career short ahead of the 2003/2004 campaign. He swiftly moved into the backroom team, working for the youth side for over five years.
Two years later, following a promotion to the position of first team coach under Roberto di Matte…
Posta un commento
Continua a leggere
Altri post