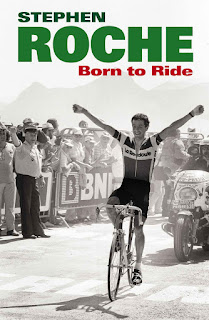 The Autobiography of Stephen Roche

This year marks the 25th anniversary of Stephen Roche winning the Giro, Tour and Worlds in the same year. Procycling recalls the events surrounding this never since repeated occurrence with three exclusive extracts from Roche’s new autobiography…

Critérium International 1985  After a difficult first season with La Redoute in 1984, Stephen is inspired by the arrival of new team manager Raphaël Géminiani, a larger than life character and supreme motivator with some odd superstitions…

THE MANAGEMENTISSUES AT LA REDOUTE that had rumbled on since the start of the season came to a head at the end of the Tour. We found out the news from L’équipe, rather than the team. De Muer and Thévenet were out and Raphaël Géminiani was being brought in to replace them. ’Gem was another one of the golden oldies of team management. He’d been a great rider in his time and was the man behind many of Jacques Anquetil’s greatest victories. I was suspicious of him at first, pa…
Posta un commento
Continua a leggere 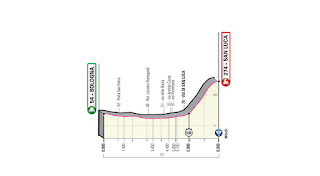 Velonews - May 2019
The 2019 Giro opens with a short individual time trial, which runs flat for the first six kilometers before rising steeply for the final two kilometers. The course uses wide and mostly straight city streets up to the foot of the San Luca climb. The 2.1-kilometer ascent has an average 9.7 percent gradient, with long stretches exceeding 12 percent. It tops out at 16 percent in the last kilometer. The fight between GC contenders will begin on the first stage, and it may instantly provide a rough ranking of the top contenders.
Posta un commento
Continua a leggere 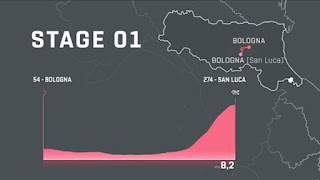 It’s tough to face up to the shame… I’m not a bad man. 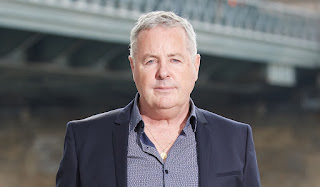 http://www.newsscoops.org/?p=3243
Posted on 14 April 2019 By: Michael O’Farrell  - Investigations Editor
IT’S been 32 years since StephenRoche brought home cycling’s Triple Crown in 1987 – three epic victories in the Giro d’Italia, the Tour de France and the World Road Race Championship. His Tour de France victory – the first and, so far, only one by an Irishman – is etched on the nation’s pysche. That feat made him one of Ireland’s most treasured sports heroes.
When we meet – at the 5-star Kempinski Hotel in the centre of Budapest – he is dressed in a sharp tailored suit and opennecked Hugo Boss shirt. He is in a different arena now, facing a new challenge – one he appears determined to overcome – though his creditors have run out of patience.
Hundreds of miles away in Spain his cycling tourism business – which until recently generated millions each year – has imploded. Creditors – owed as much as €600,000 – have gone to court accusing Roche of fraud and of having gone on the run to a…
Posta un commento
Continua a leggere 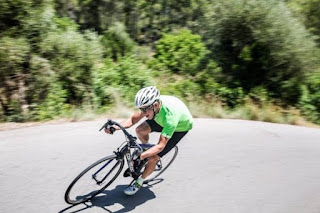 https://www.q36-5.com/it/interview-guido-eickelbeck/
What represent cycling for you?
Since I was 6 years old, it means 52 years now, 46 years on a bike.
What cycling gives to me is amazing.
I did it for sport, I did it for life, when I stopped, I couldn’t stop cycling because I feel something in my body is very special.
First of all I am my own doctor, I learned how my body react to all the kind of sickness and how quicked it feels when I have an accident.
Cycling for me is like a passion, it’s my therapy, my medicine and I can recommend to everybody in the world, how cycling helps grow positive attitudes and state of mind and also how it helps to overcome some negatives.
When you do not feel good, when you have some negative mood, you just go out 2 hours on the bike and you naturally find a solution to change your mental state and feel much better, you just feel better.
How many times in an average week you go cycling?
Usually 6 times a week, mostly between 3 and 6 hours.
What is your…
Posta un commento
Continua a leggere

Stephen Roche pledges to pay off collectors of his Mallorca-based biking vacation industry €600,000 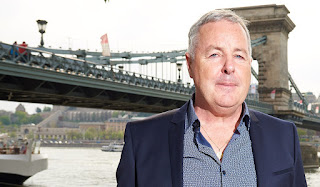 Irish biking legend Stephen Roche has vowed to pay off money owed that he estimates at €600,000 to collectors of his Mallorca-based biking vacation industry.
The 59-year-old, who in 1987 gained the triple crown of the Giro d’Italia, Excursion de France and highway international championship, printed the level of the industry’s monetary issues in an interview with Additional.ie.
He rejected accusations that he had acted fraudulently in proceeding to business in spite of the industry being bancrupt, and denied operating clear of his liabilities.
He mentioned: “I’ve been very in advance with the folks I owe cash to. After I listen I’ve run away or I’m seeking to break out with out paying, that’s no longer me. That’s no longer me. By no means.”
In step with Additional.ie, an organization referred to as International Spry Products …
Posta un commento
Continua a leggere 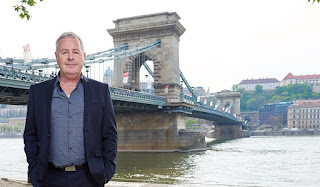 https://extra.ie/2019/04/14/news/irish-news/stephen-roche-debts-e600000
By Michael O'Farrell  Extra.ie -14/04/201
Irish cycling hero Stephen Roche has been accused of acting fraudulently by creditors owed hundreds of thousands of euro in Spain.
But in an exclusive interview with Extra.ie, an emotional Mr Roche acknowledged the debts (some €600,000, he believes), denies he had gone on the run and pledges to find a way to settle his liabilities.
Mr Roche struggled to hold back tears, saying he felt he had let down friends and family who have tried to help with his financial problems.
‘I have been very upfront with the people I owe money to,’ he said. ‘When I hear I’ve run away or I’m trying to get away without paying, that’s not me. That’s not me. Never.’ However, Mr Roche – who won the Tour de France in 1987 – confirmed that his cycling tourism business in Mallorca is in grave difficulty.
At present, those wishing to make a booking on his website – www.stephenrochecycling.com – are…
Posta un commento
Continua a leggere 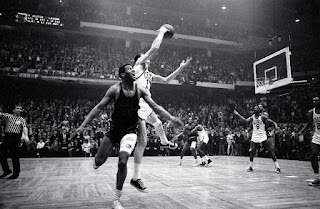 "Trying to guard Havlicek was like “trying to hold mercury in your hand.”
- Former New York Knick—and U.S. senator—Bill Bradley

POINT AFTER / Remembering John Havlicek: a tireless champion who never stopped running
by Charles P. Pierce Sports Illustrated, May 6, 2019 - Volume 130, Number 10
TO TELL you the truth, I never really saw the resemblance, so I never really got the nickname. When John Havlicek arrived in Boston in 1962, it was said that he’d picked up the nickname Hondo because he looked so much like John Wayne. To my eyes he looked as much like John Wayne as he did Geraldine Page, Wayne’s costar in the forgettable 1953 Western of the same name. Havlicek had the height, but he was broad-faced, jug-eared, and buzz-cut. As his remarkable 16-year career in the NBA went along, and he grew his hair out, he never looked like John Wayne. He looked like a mill hand’s smart son or a farmer’s talented nephew. He never looked like a cowboy movie hero. He just played like one.
Havli…
Posta un commento
Continua a leggere
Altri post