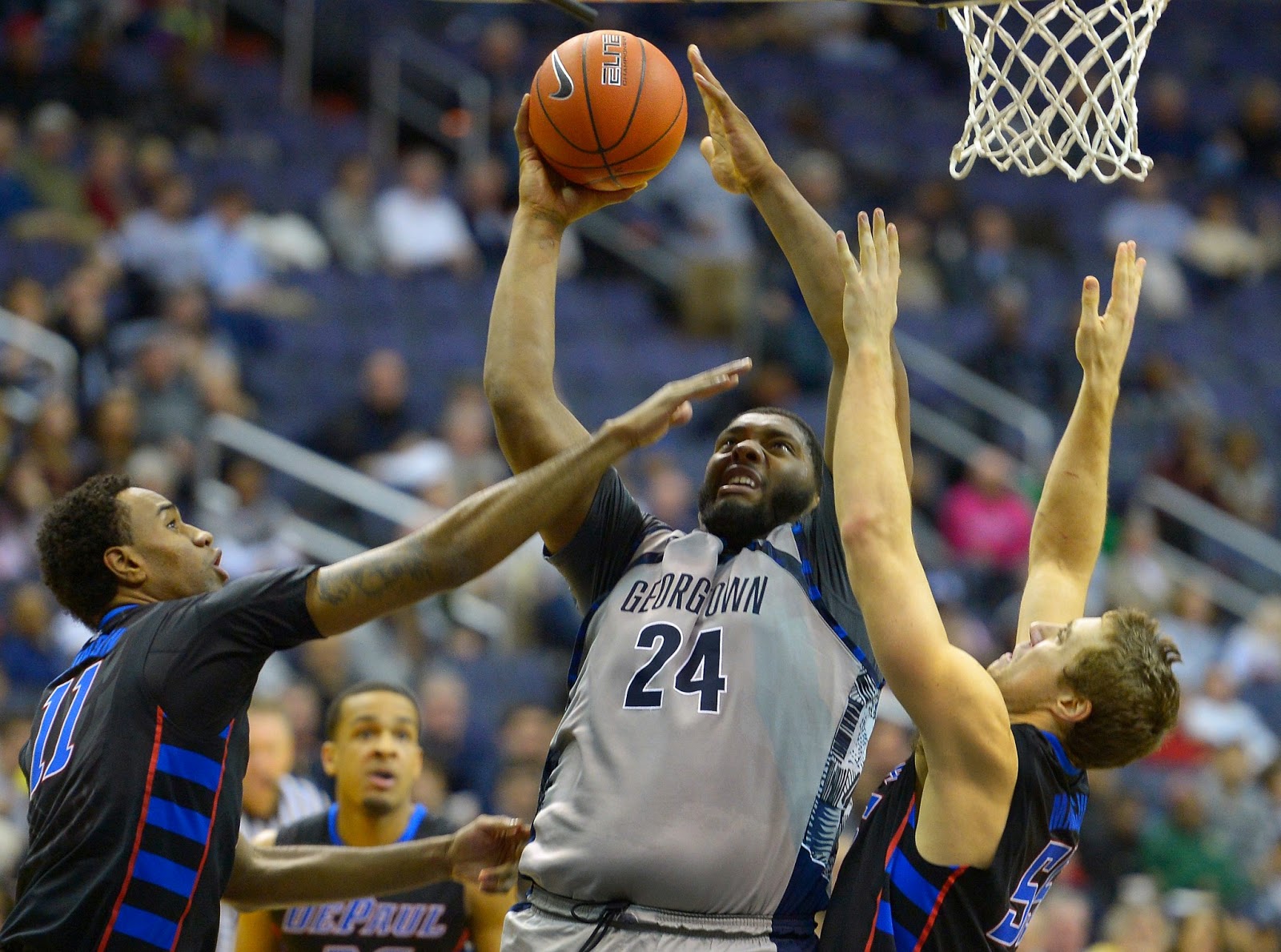 Joshua LaTrell Smith (born May 14, 1992) is an American college basketball player for the Georgetown Hoyas. He transferred to Georgetown in the middle of his third season with the UCLA Bruins.
Smith was a highly regarded center playing basketball in high school in Washington. He led his team to a state title, and he received multiple individual honors, including Associated Press' stateplayer of the year. He attended college at University of California, Los Angeles (UCLA), where he was one of the top freshman players in the Pac-10 Conference. He struggled with his weight at UCLA, and he quit the team in the middle of his junior year. He enrolled at Georgetown University in 2013.
Early life Smith was born in Seattle and grew up in Kent, Washington. He was already 5-foot (1.5 m) tall at age five. In the eighth grade, he wrote a report on UCLA Bruins basketball coach John Wooden, and afterwards became a fan of UCLA.
Smith learned to use his height and weight to his advantage while pla…
Posta un commento
Continua a leggere
Altri post