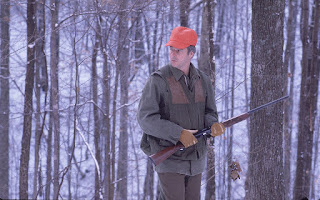 https://www.si.com/vault/1981/01/26/825311/the-rabbit-hunter-bobby-knight-may-be-tremendously-successful-on-the-court-but-off-it-indianas-controversial-basketball-coach-often-stalks-the-insignificant?eref=sisf BOBBY KNIGHT MAY BE TREMENDOUSLY SUCCESSFUL ON THE COURT, BUT OFF IT, INDIANA'S CONTROVERSIAL BASKETBALL COACH OFTEN STALKS THE INSIGNIFICANT BY FRANK DEFORD Sports Illustrated - JANUARY 26, 1981 Success is feminine and like a woman; if you cringe before her, she will override you. So the way to treat her is to show her the back of your hand. Then maybe she will do the crawling. —WILLIAM FAULKNER I: RABBITS As Bobby Knight is the first to say, a considerable part of his difficulty in the world at large is the simple matter of appearance. "What do we call it?" he wonders. " Countenance. A lot of my problem is just that too many people don't go beyond countenances." That's astute — Bobby Knight is an astute
Posta un commento
Continua a leggere
Altri post