Modrić unites and divides a nation 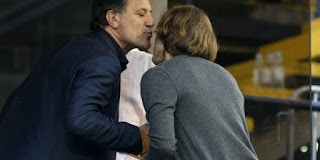 As soon as the day had broken, rain fell heavily and steadily in Zagreb. But that didn’t matter. Tens of thousands of people still streamed into Ban Jelacic Square six hours before kick-off. A stage and a big screen had been set up, as it had all through Croatia’s incredible run in the 2018 World Cup.
Big crowds had greeted Croatia’s victory against the hosts Russia, on penalties, in the quarter-finals, and even more arrived for the semi-final comeback against England, celebrating wildly with flares and smoke bombs. But this would be the biggest and the most important. This, after all, was the World Cup Final.
The bars and cafes that surround the capital’s main square were full of fans who had come not just from around the country but from across the world. The diaspora, many of whom were children when they left the country during the ruinous Yugoslav Wars of the early 1990…
Posta un commento
Continua a leggere


"He was Julius before Julius. He was Elgin before Elgin. He was Michael before Michael. He was simply the greatest individual player I have ever seen," says Philadelphia 76ers coach Larry Brown on ESPN Classic's SportCentury profile of Connie Hawkins airing today at noon (and Sept 2 at 4 a.m. ET and Sept. 3 at 5 a.m. ET.


He was Jordan before Jordan, Dr. J before Dr. J. But despite his prodigious talent, basketball showman Connie Hawkins was not allowed to grow into his prime on the sport's greatest stage.
While he eventually got there, it was long after he had been forced to pay unnecessary dues outside the NBA. That's because the league blackballed him for years though he was guilty of nothing more than knowing a master fixer.
The 6-foot-8, 215-pound Hawk had to display his skills off Broadway, on the playgrounds of New York, as a Harlem Globetrotter, and in the…
Posta un commento
Continua a leggere 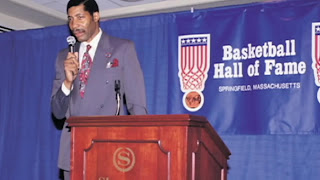 Signature Game
March 29, 1970 - After waiting his turn to play in the NBA, Connie Hawkins faced a daunting task at the end of his first season with the second-year Phoenix Suns. In the first round of the playoffs, the Suns faced the Los Angeles Lakers of Wilt Chamberlain, Jerry West and Elgin Baylor.
Anyone who thought Hawkins was some kind of minor-league wunderkind coming out of the ABA was proven wrong in Game 2 at the Forum in Inglewood, Calif. Against a front line of Chamberlain, Baylor and Happy Hairston, the 6-foot-8 Hawkins put on a dazzling performance. Racking up 34 points, 20 rebounds and seven assists, he led the Suns to a 114-101 upset that evened the series.
"That was the greatest individual performance I've ever seen," said Suns coach Jerry Colangelo.