André Darrigade, The Other Dédé 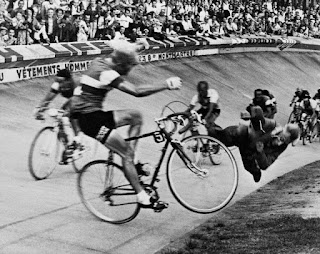 André Darrigade -- for everyone "the other Dédé" a quarter of a century after the most illustrious Leducq -- was a great sprinter, but also a sort of an Ironman of the Tour de France: from 1953 to 1966 he rode them all, retiring only once, in 1963.
But in a kind of way it was also his qualities of speed and endurance to make him enter the old and varied history of The Curse of the Rainbow Jersey. In his case, an even retroactive curse.
Indeed, he had already lived his own tragedy well before he even wore it, the "damned" rainbow jersey. During the 24th and last stage of the 1958 Grande Boucle, 320 km (200 mi) from Dijon to Paris, while he was preparing himself to sprint on the glamourous Parco dei Principi (Princes’ Park) track, he violently struck against Constant Wouters, the general secretary of the place. Darrigade got up and managed to cross the finish line, but Wouters died at the hospital eleven days later.
Born on April 24, 1929 in Narrosse, department of …
Posta un commento
Continua a leggere 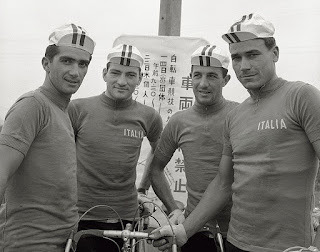