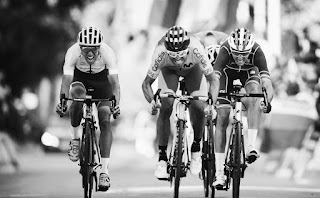 “Operación Puerto is something I shouldn’t be asked about. That’s water under the bridge... I believe I’ve sufficiently demonstrated who I am since then.” - New world champion Alejandro Valverde when asked by Cyclingnews about his two year doping ban.


by EDWARD PICKERING  Procycling UK - issue 249, December 2018
Well, it happened. Alejandro Valverde won the Worlds at the age of 38, and the reaction ran the full gamut of opinion. There was joy and there was condemnation. For some, the rainbow jersey was just reward for a stellar career, the final addition to a glittering palmarès. For others, the sight of an unrepentant doper winning the most prestigious of titles stuck in the craw. Some people held both opinions – this is cycling, after all, where inconsistency of opinion and judgement runs through the sport like words through a stick of rock. So what do we think? The answer is  easy: it’s complicated.
At the time, I was really unhappy at Valverde’s doping. He was bang to rights, fro…
Posta un commento
Continua a leggere
Altri post