Johan Cruyff: The numbers that made a legend 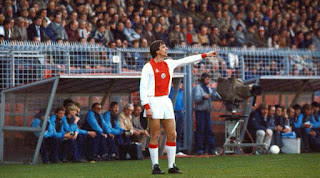 https://www.fourfourtwo.com/news/johan-cruyff-numbers-made-legend#:nnwUso5VXmuvmA
Using Opta data, we take a look at the stats that tell the story of Johan Cruyff's remarkable career.
Published 24 March 2016
Football lost one of its greatest names on Thursday following the death of Johan Cruyff.
The passing of the Netherlands, Ajax and Barcelona stalwart has led to tributes from far and wide, as fans, pundits, players and managers recall the genius of a man so iconic that he invented a piece of footballing skill.
Here, using Opta's data, we look at the stats that made him a legend.

THE PLAYER
- As a player, Cruyff won 10 league titles (eight with Ajax, one with Barcelona, one with Feyenoord). He also won six Dutch Cups and one Copa del Rey.
- He was part of the Ajax team that won three consecutive European Cups in 1971, 1972 and 1973. He scored a brace against Inter in the 1972 final.
- Cruyff is the all-time Eredivisie top scorer for Ajax with 204 goals.
- With Barcelona, Cru…
Posta un commento
Continua a leggere 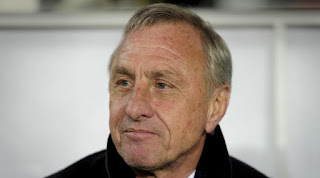 https://www.fourfourtwo.com/news/best-footballer-europe-has-produced-johan-cruyff-1947-2016#:gyr6Ef2gL8uvmA
We take a look back at the life of Johan Cruyff, who has passed away after losing his battle against cancer.
Published 24 March 2016
"He was certainly the best footballer Europe has produced." The words of Germany great Franz Beckenbauer serve as a fitting tribute to the influence and impact of Johan Cruyff, who passed away on Thursday.
Cruyff died aged 68 in Barcelona and will forever be remembered as one of the greatest footballers of all time, someone who revolutionised the game with his 'total football' philosophy.
The forward enjoyed his biggest successes at club level with Ajax, the club where he made his first-team debut at the tender age of 17. Despite Ajax’s 3-1 defeat at the hands of GVAV, Cruyff immediately made a name for himself as he scored his side's only goal. That game was the start of something special.
Cruyff would go on to lead Ajax to s…
Posta un commento
Continua a leggere

Johan Cruijff: The player, the coach, the legacy 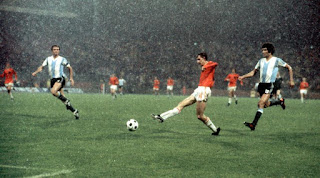 https://www.fourfourtwo.com/features/johan-cruyff-icon#:ho5WrNn-GcuvmA
Mesmerising player, revolutionary coach, brilliant pundit: for 40 years, Johan Cruyff has entertained, enthralled and inspired legions of football fans all over the world. Simon Kuper pays tribute to the Dutch master...
Published 24 March 2016
When a teenage waif named Jopie Cruyff began training with Ajax’s first team, many of the senior players had already known him for years. Cruyff grew up a few hundred yards from the club’s little stadium, in Amsterdam-East. He had been hanging around the changing room with the first team since he was four. Nonetheless, he surprised his new team-mates. It wasn’t just his brilliance they noticed; it was his mouth. Even while on the ball, the kid never stopped lecturing, telling senior internationals where to run. Maddeningly, he generally turned out to be right.
Think of Cruyff the player and he is on the ball, surrounded by opponents, pointing vigorously in all directions like…
Posta un commento
Continua a leggere 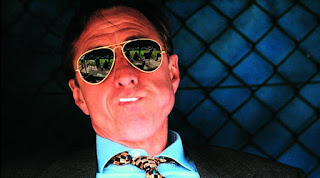 https://www.fourfourtwo.com/features/how-johan-cruyff-reinvented-modern-football-barcelona#:TFKPBy5v8-uvmA
Barcelona was far from a happy place when Johan Cruyff walked back through the door as coach in 1988. More than 25 years on, his legacy is keenly felt at the Nou Camp and beyond, writes Andrew Murray...
by Andrew Murray Published 22 October 2015

“Johan Cruyff painted the chapel,  and Barcelona coaches since merely restore or improve it” – Pep Guardiola
It’s 7pm on April 28, 1988. The Hesperia hotel on the Carrer dels Vergos, a tight street to the north of Barcelona city centre and five minutes by car from the Nou Camp, is abuzz.
Twenty-one Barça players, plus head coach Luis Aragones, sit behind  a conference table in a plush meeting room. “President Josep Lluis Nunez has deceived us as people and humiliated us as professionals,” reads square-shouldered captain Alexanko from a statement. “In conclusion, although this request is usually the preserve  of the club’s members, the squ…
Posta un commento
Continua a leggere 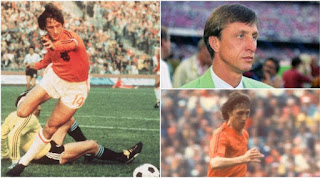 Football's greatest revolutionary has gone. Andrew Murray discusses what the Dutchman meant to himself and many others…

I’ll never forget where I was when I found out my Gran died. She’d been ill and when I heard my phone ring from my bedside and saw it was my mum, one Saturday morning at 8am earlier this year, I knew what the call would be about.
Earlier this afternoon, I saw a Tweet that drove a dagger to my heart. Johan Cruyff, my hero, my ultimate football love had died. From now on, I’ll never forget the seat at which I was sat when I saw the news. Gutted doesn’t quite cover it.

A TRUE GREAT
Cruyff may sit below Pele and Diego Maradona in ‘the greatest ever’ lists, but his legacy extends beyond his playing days. He had a football conscience, he cared about the game, how it should be played and its future. The beautiful game was exactly that to Cruyff – something to c…
Posta un commento
Continua a leggere
Altri post