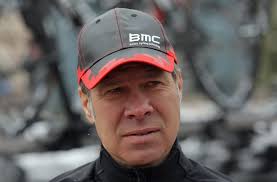 Jim Ochowicz is known as the pioneer of US cycling for bringing the 7-Eleven team to Europe in the 1980s. He is also a controversial figure because of his past association with known dopers and allegations of financial chicanery in the sport’s corridors of power. Yet he remains at the very pinnacle of the sport and will manage the new-look Team CCC in 2019. Procycling profiles the charismatic team chief

After the Tour’s Roubaix stage earlier this summer, Greg Van Avermaet was lobbed a question. “Can you tell us if you have a team for next year?”
“Come to the press conference tomorrow,” the BMC rider replied with a knowing smile. The next day Jim Ochowicz, the team’s manager, sat in front of the sponsor screen and announced what had become common knowledge – that he had secured a sponsorship deal with Darius Miłek, the Polish billionaire retail magnate and owner of the CCC-Sprandi-Polkowice ProConti squad, that would see his…
Posta un commento
Continua a leggere
Altri post