- novembre 12, 2015
Is there a bigger star in cycling right now than Peter Sagan? The Slovakian just won his fourth consecutive Tour de France green jersey and his quirky post-race interviews have endeared him to cycling fans the world over. He’s a true contender in the Classics and in the bunch sprints. He even won the Tour of California this year, showing a previously untapped talent for time trialling. During the Tour de France, his team boss Oleg Tinkov made an interesting point, in between the casual insults, offensive tweets and provocative bluster. He said that Sagan was the strongest cyclist in the world. It’s an interesting point, because Sagan is just as famous for not winning as he is for winning. At the last two Tours, he’s finished top-five 20 times without winning a stage. How can a rider who always comes second be the best cyclist in the world? The answer is in that breadth of talent. He’s one of the few riders in the bunch who has an effect on every race he’s in - his rivals, knowing how…
Posta un commento
Continua a leggere 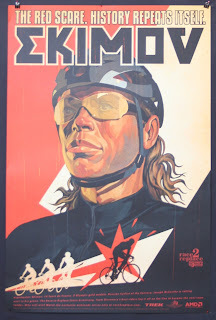 During the autumn of 2012, the UCI Licence Commission stated that it was deferring decisions on three WorldTour renewals. The licence applications of Movistar and RadioShack were to be closely scrutinised, and so too was that of Katusha, the team of incumbent WorldTour champion Joaquim Rodríguez.
In December the bombshell duly arrived. Katusha – and Katusha alone – were out, and that was that. Of course, the team cried foul immediately and announced that they would be appealing to the Court of Arbitration for Sport (CAS). The specifics of the decision weren’t forthcoming, so the press began speculating, blaming the Russians’ perceived ethical deficit.
Many cited the proxy war (and long-standing personal enmity) between then UCI pre…
Posta un commento
Continua a leggere 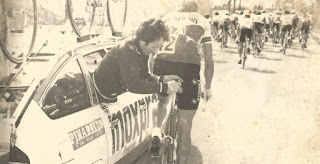