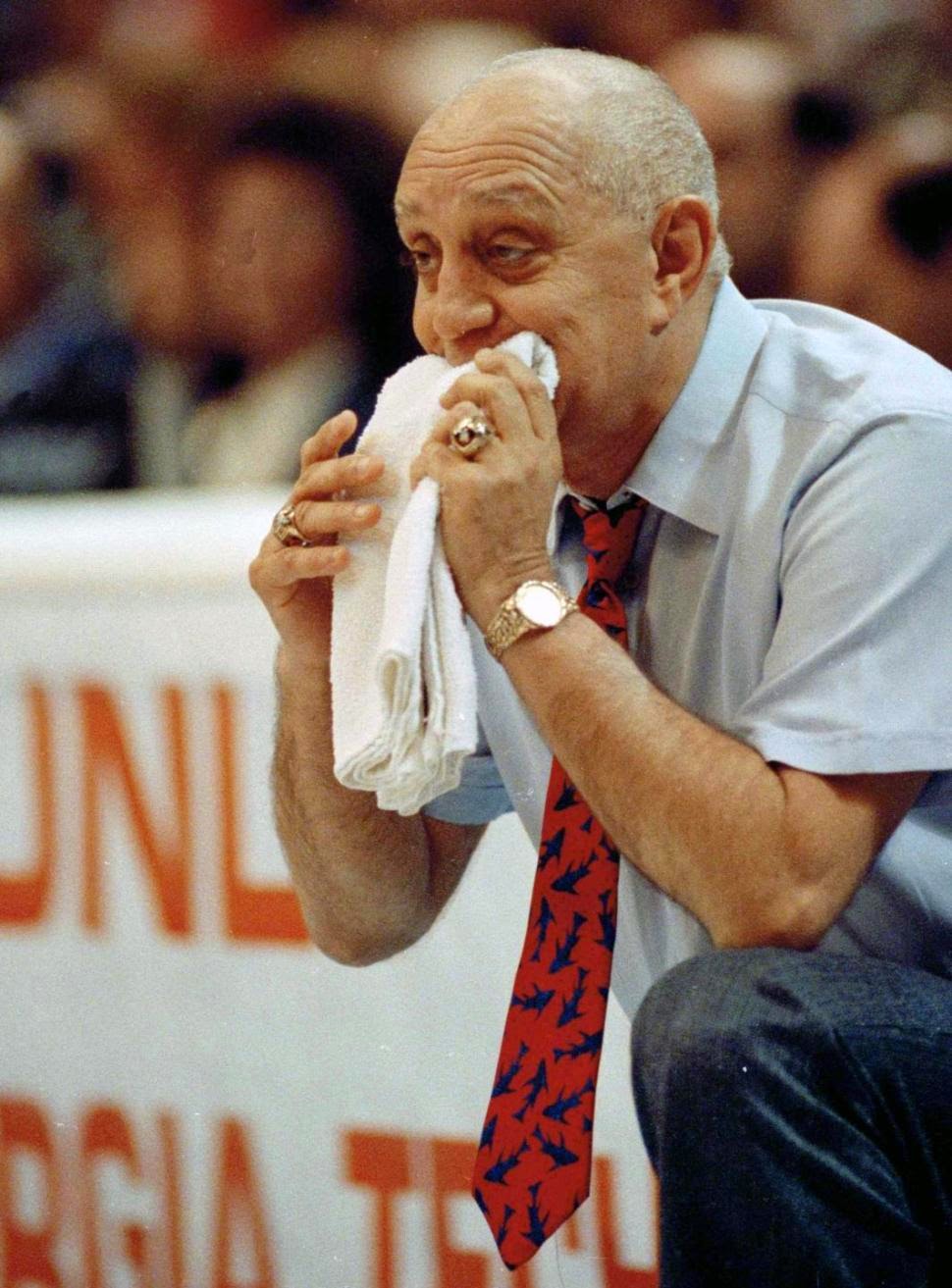 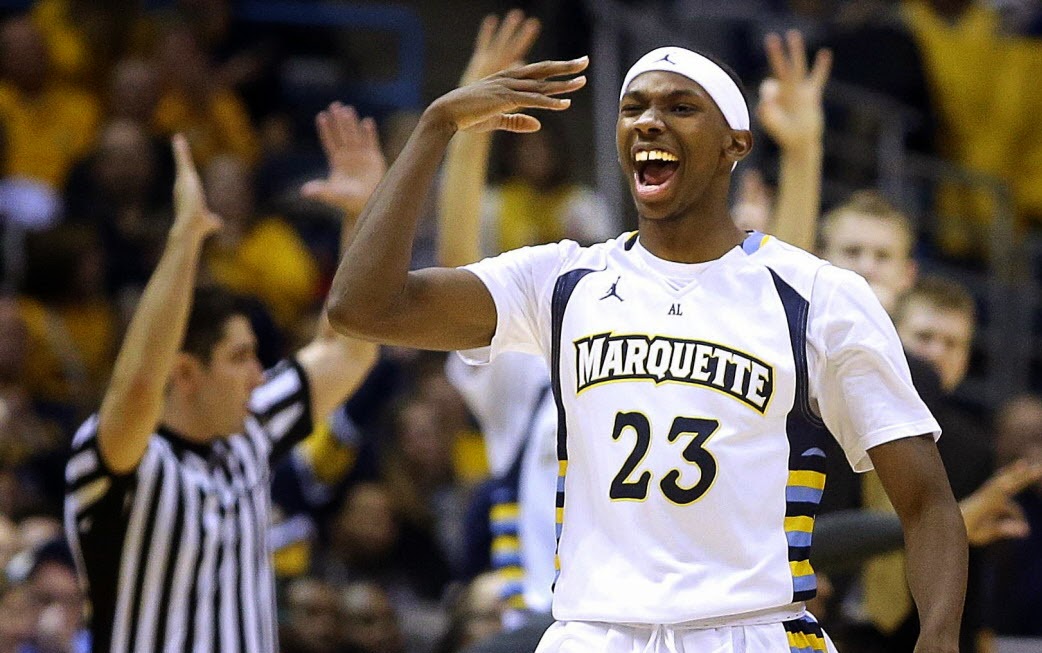 2013-14 Season Notes:
Earned his first collegiate start vs. Providence (Jan. 30) along with fellow freshman Deonte Burton (Jan. 30) ... Tallied 14 points on 5-of-8 shooting from the field including a pair of 3-pointers vs. Samford (Dec. 28), leading the team in scoring for the first time in his career; also dished out …
Posta un commento
Continua a leggere 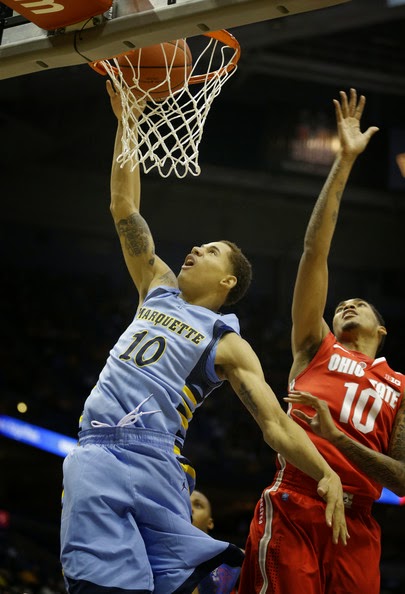 2014-15 Season Notes:  Scored 16 points and also led the team with seven rebounds and a game-high four steals vs. UT Martin (Nov. 14) ... Posted a team-high five assists and added five boards at Ohio State (Nov. 18) ... Poured in a career-high 23 points on 11-of-15 shooting from the field vs. Omaha (Nov. 22) and also led the team in rebounds (8), blocks (2), steals (3) while adding four assists ... Nine rebounds matched a career-high and registered a game-high 20 points, including a career-best eight free throws on 13 trips to the foul line, vs. NJIT (Nov. 24) ... Posted 12 points, six rebounds and a pair of steals in win over Georgia Tech (Nov. 27) at the Orlando Classic ... Pulled down a team-best eight rebounds in 36 minutes of action against Tennessee (Nov. 30) at the Orlando Classic ... Grabbed a career-high 13 rebounds against North Dakota (Dec. 22) ... Set …
Posta un commento
Continua a leggere 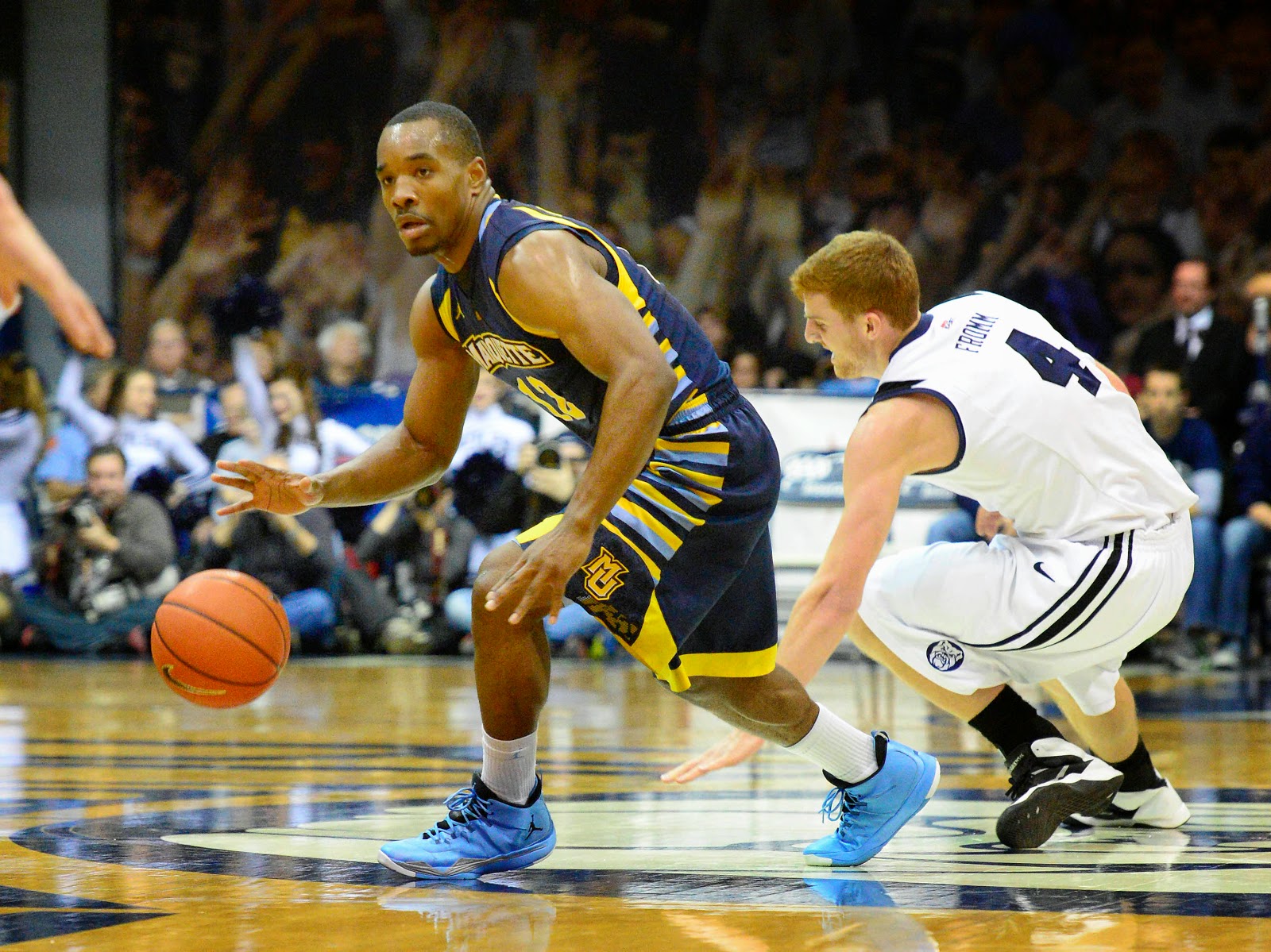 2014-15 Season Notes:  Posted a career-high two blocked shots vs. UT Martin (Nov. 14) ... Came off the bench to score a career-high 17 points, including a career-best eight field goals, and added five assists vs. Omaha (Nov. 22) ... Earned his first starting assignment of the campaign vs. NJIT (Nov. 24) and dished out a team-high four assists ... Contributed seven points, five rebounds and five assists in win over Georgia Tech (Nov. 27) at the Orlando Classic ... Notched second 3-pointer of the season and was a perfect 4-of-4 from the field for 11 points in victory vs. Tennessee (Nov. 30) in the third-place game at the Orlando Classic ... Went 6-of-10 from the field to score 15 points, while pulling down a career-high nine rebounds and dishing out six asssists in a win over North Dakota (Dec. 22) ... Grabbed six rebounds and had five helpers in a win over Pr…
Posta un commento
Continua a leggere 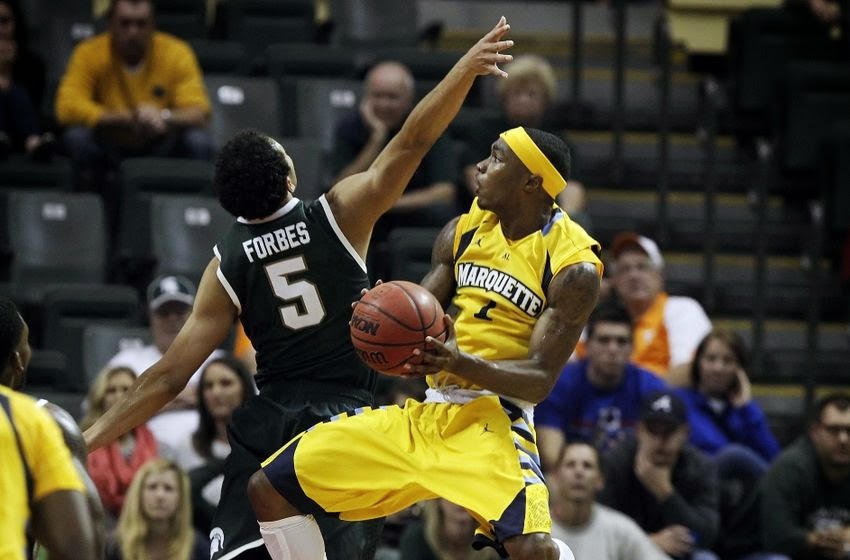 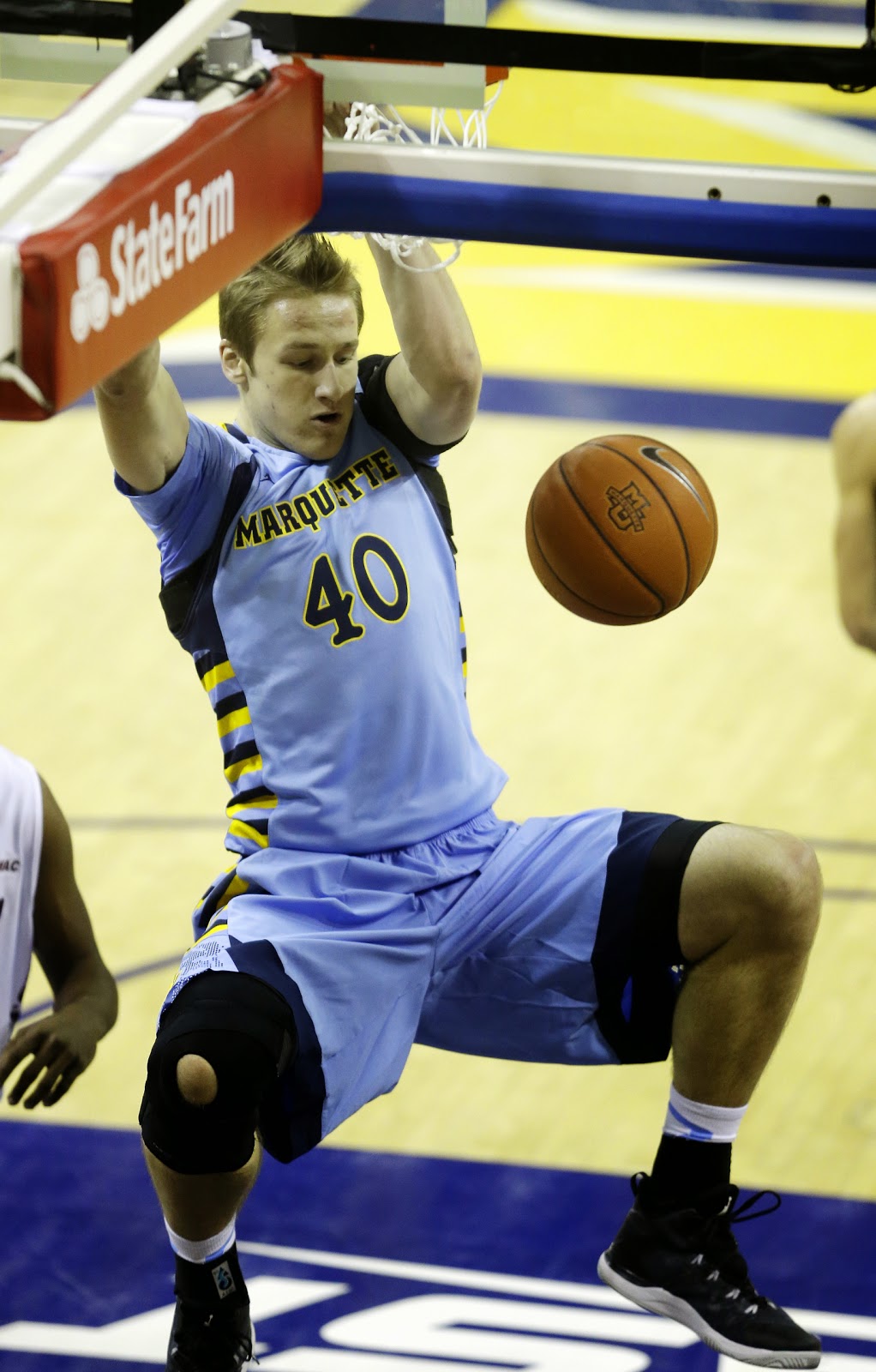 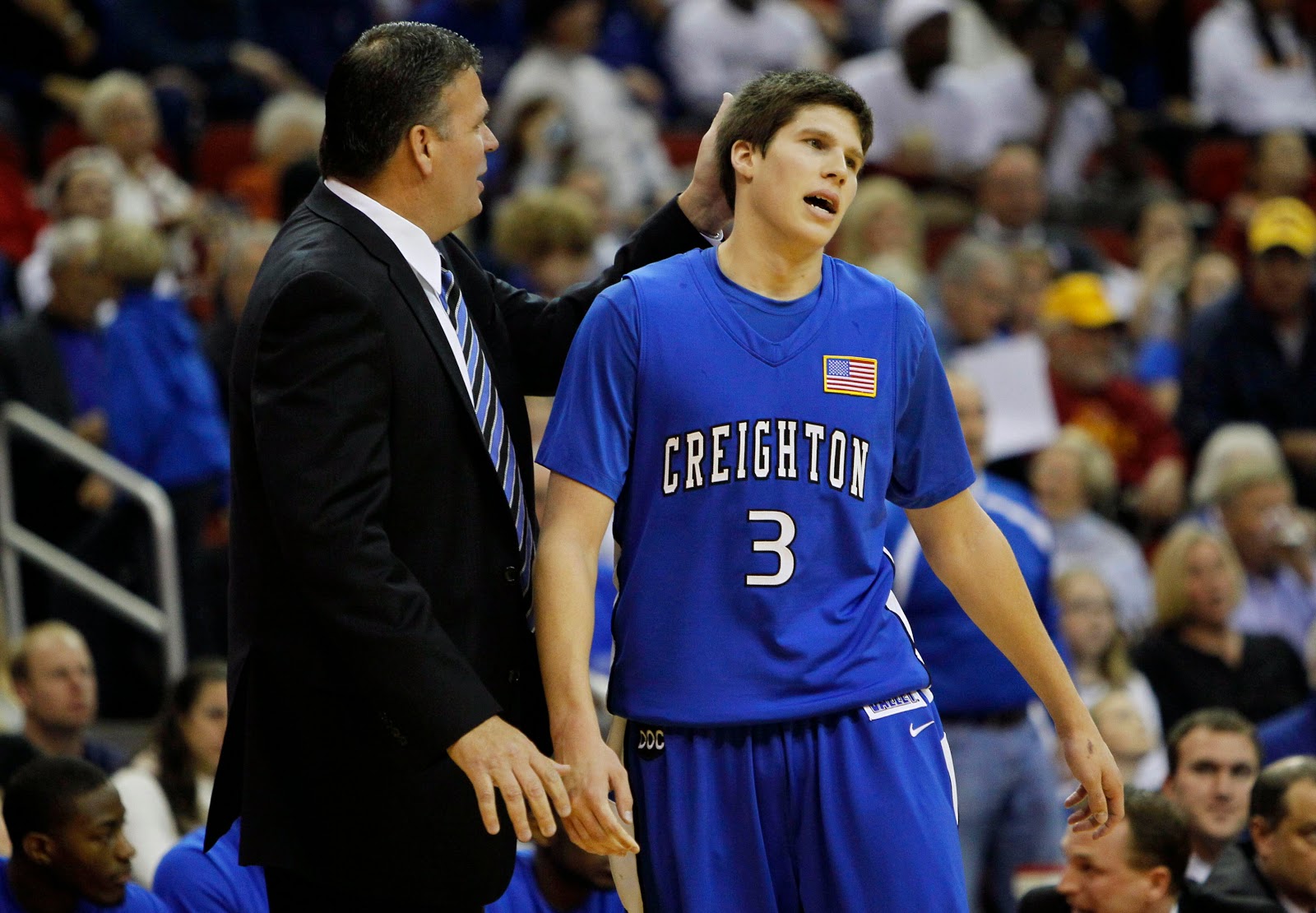 Graduating student-athletes, record win totals, sold-out crowds, regular-season and tournament titles, postseason success and a three-time All-American son are part of the legacy that Greg McDermott has created in his first four seasons on The Hilltop.

Named the 16th head coach in Creighton men’s basketball history on April 27, 2010, McDermott has gone 107-38 in his first four seasons, while returning the program to the national rankings with an up-tempo style of play that has fans turning out in record numbers.
Last season McDermott’s club led the nation in three-point percentage, three-pointers made and assist/turnover ratio, while also ranking second in three-pointers per game and assists per game. His son, Doug, swept all 14 National Player of the Year awards, led the nation in scoring (26.7 ppg.), became the fifth-leading scorer in Division I history (3,150 career points) and went on to become the 11th overall pick in the 2014 NBA Draft (Chicago Bulls).
Making the big leap from…
Posta un commento
Continua a leggere 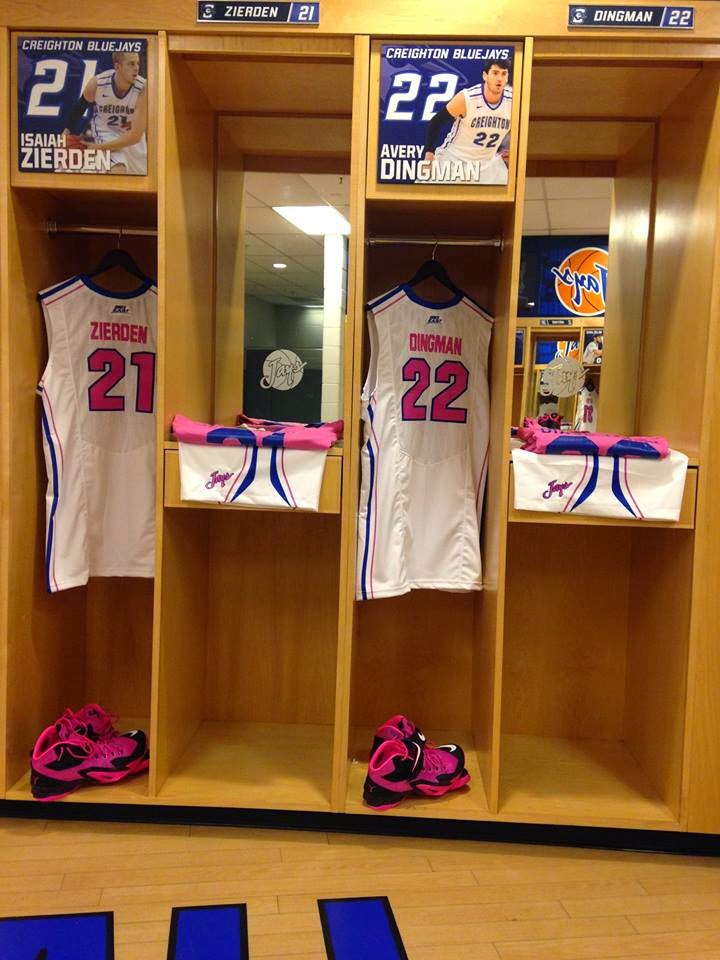 by Creighton Bluejays Media Guide
A sense of excitement is in the air as Creighton Basketball opens the 2014-15 season. The Championship Center, a 42,000 foot facility that contains 2 practice courts, 12 basket standards, an athletic performance center, offices, a locker room and players lounge opened in June and gives the Bluejays top-notch facilities.
The new building is only fitting, because Greg McDermott will rely on some new faces in 2014-15 to plug the holes left by the winningest senior class in program history.
Grant Gibbs, Jahenns Manigat, Ethan Wragge and National Player of the Year Doug McDermott graduated with 107 wins, three straight years with an NCAA Tournament win, and 5,964 points, 2,250 rebounds and 1,062 assists under their belt.
The lone returning starter, senior point guard Austin Chatman, has started every game the past two seasons while piloting the Bluejays to a combined 55-16 record. Chatman will be asked to take on a more vocal role with a team full of men w…
Posta un commento
Continua a leggere 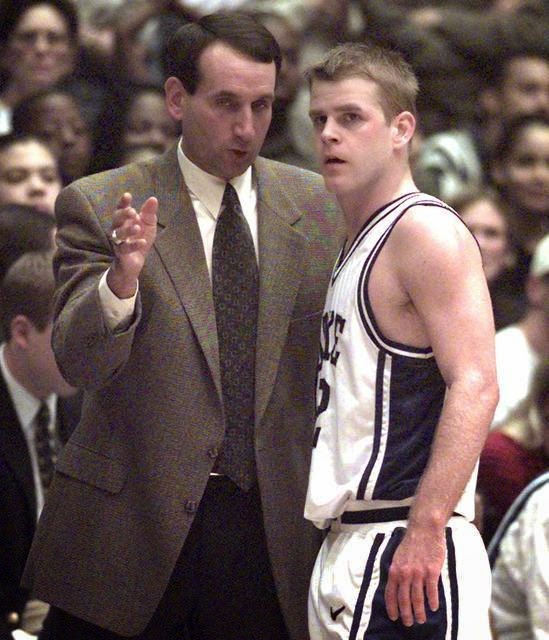 Coaches and other players were like ‘this kid is crazy.’ He would do whatever – it did not matter.
- Josh Davalli

The echo remains for Mike Dahlem, even after 30 years: hair, bone and flesh meeting wood, that supple smack that turns your stomach; the instantaneous ring of the iron under the bleachers that brings your shoulders to your ears. Steve Wojciechowski was just a seventh grader, an uncurbed point guard hurtling for a ball he couldn’t save. Dahlem was a junior varsity coach at Cardinal Gibbons High School in Baltimore, scouting potential players.
He immediately made a call to his head varsity coach, Ray Mullis.
There’s a kid we gotta get and you better come see him before other people know.
Josh Davalli still hears an echo, too.

Five years after Dahlem watched Wojciechowski Superman into the bleachers, the feverish guard was the senior captain at Cardinal Gibbons – and didn’t like the way his team was warming up prior to a game against rival…
Posta un commento
Continua a leggere 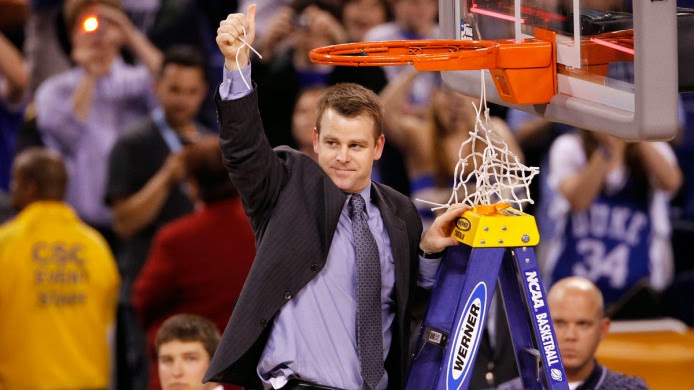 GRANTLAND - November 7, 2014
by Mark Titus I’ve been critical of how Coach K disciples receive automatic praise from the college basketball world, even though they’ve combined to coach more than 110 seasons and they don’t have a single Final Four to show for it. Mike Krzyzewski is the best college basketball coach ever. We can give him credit for that while also acknowledging that his coaching tree has a lot of proving left to do. Yet, like clockwork, another Coach K disciple has been hired — this time at Marquette — and, like Pavlov’s dogs, another fan base is salivating over the thought of having a Coach K Jr. running its program. Well, I’ve got news for you, Marquette fans: After reading this Wojo profile from Jim Owczarski, you should know that …