- ottobre 19, 2015
http://www.theguardian.com/football/2001/jul/03/newsstory.sport
Football manager who took Liverpool to triple cup triumph
Brian Glanville
Tuesday 3 July 2001 02.44 BST
Never, in his wildest fantasies, when he joined Liverpool towards the end of his playing career as a footballer, could Joe Fagan, who has died at the age of 80, have imagined the ultimate triumph he would enjoy. In his very first season as manager, in 1983-84, the club brought off the astonishing treble of European Cup, League Championship and Football League Cup. After the belligerent flamboyance of Bill Shankly, the true architect of Liverpool's postwar fortunes, and the wily, shrewd Bob Paisley, Fagan must have blinked in the light as he emerged from the boot room.
It was there, famously, that plans were hatched, tactics made and transfers discussed. Fagan was an invaluable contributor to those discussions, as he moved up the coaching and training hierarchy until, in 1983, Paisley retired, and he became manager.…
Posta un commento
Continua a leggere

- ottobre 19, 2015
http://www.theguardian.com/news/2002/may/15/guardianobituaries.brianglanville
Innovative Ukrainian soccer coach who made champions of Dynamo Kiev and led the Soviet Union to two World Cup finals
Brian Glanville
Wednesday 15 May 2002 02.57 BST
Valeri Lobanovsky, who has died aged 63 following brain surgery, was, for more than a quarter of a century, one of the world's most influential and innovative football coaches. Though he might have seemed an authoritarian figure at Dynamo Kiev - where he worked both before and after the demise of the Soviet Union - he deprecated any such idea, insisting that football had evolved to a point where no one man could cope with all its aspects, so that he needed a team of experts to assist him. He also managed the Soviet Union team in the 1986 and 1990 World Cup finals.
Born in Kiev, in the then Ukrainian Soviet republic, Lobanovsky turned Dynamo Kiev into a team of remarkable skill and talent, climaxing first when, with a superb display of cultured…
Posta un commento
Continua a leggere

- ottobre 19, 2015
http://www.theguardian.com/news/2001/oct/23/guardianobituaries.brianglanville
A physiotherapist turned manager, he led Arsenal FC to their historic league and FA Cup double
Brian Glanville
Tuesday 23 October 2001 23.12 BST
How much does a football manager do? It is a question that recurs frequently, and seldom more so than when Arsenal, in the 1970-71 season, won the elusive FA Cup and League Championship double 10 years after their north London rivals, Tottenham Hotspur, had achieved it. The Gunners' manager was Bertie Mee, who has died aged 82.
Arsenal, who had not won a domestic trophy since 1953, ironically beat their rivals 1-0 to clinch the title, and five days later defeated Liverpool at Wembley to lift the FA Cup.
Mee had succeeded Billy Wright five years earlier, in June 1966. The contrast could not have been greater. Mee had never been more than a peripheral player, an outside right of sorts with Derby County. Wright, by contrast, had won 105 caps, captaining England wit…
Posta un commento
Continua a leggere

- ottobre 19, 2015
http://www.theguardian.com/news/2002/sep/20/guardianobituaries.football
Powerful striker who broke Chelsea's cup final jinx
Brian Glanville
Friday 20 September 2002 00.12 BST
The footballer Ian Hutchinson, who has died aged 54 after a long illness, arguably did as much, or more, than anyone to see that Chelsea finally defied the jinx and the joke on their participation in the FA Cup and, in 1970, won it.
They had lost their first cup final, known for the preponderance of soldiers present as the Khaki Final, at Old Trafford against Sheffield United, 3-0, as long ago as 1915. Not until 1967 would they figure in another final, and then their London rivals Tottenham Hotspur beat them 2-1, this time at Wembley. In 1970, their third final, they seemed doomed to lose to the favourites, Leeds. A 1930s song, by the comedian Norman Long, was even exhumed: "On the day that Chelsea won the final, the universe went off the wheel." But Hutchinson had other ideas.
He was hardly one of …
Posta un commento
Continua a leggere

A prolific but unlucky centre-forward, who became a triumphant but star-crossed manager, Brian Clough, who has died of stomach cancer aged 69, was, in some sense, the victim of his own public image. He was a mixture of arrogance and initiative, bombast and generosity, intransigence and self-doubt.
He scored 204 second division goals in 222 games for Middlesbrough, yet won only a couple of England caps, against Wales and Sweden in 1959. As a manager, he transformed Derby County into a championship-winning team, won the European Cup twice with Nottingham Forest, yet failed both at Brighton and Leeds, and never achieved the managership of England he so coveted.
Through almost the whole of Clough's career runs the theme of his collaboration with Peter Taylor. When Clough we…
Posta un commento
Continua a leggere

- ottobre 19, 2015
http://www.theguardian.com/news/2004/oct/25/guardianobituaries.football
Footballer, coach and manager of Tottenham Hotspur, he led his team to win the double in 1961 and two European trophies
Brian Glanville
Monday 25 October 2004 00.05 BST
When Bill Nicholson, who has died aged 85, was made manager of Tottenham Hotspur in 1958, the club he had joined as a player before the second world war and then served as a coach, he scarcely believed it. He did not even tell his loyal and long-suffering wife Grace, always known as Darkie, who found out about it second hand. Though an ardent Spurs fan, she was, in any case, banned by him from attending any matches for reasons of superstition, as were his daughters Jean and Linda.
Yet in Nicholson's first five years in the post, Spurs won the Championship and the FA Cup in 1961 - the century's first instance of that double - the FA Cup again in 1962, and the European Cupwinners' Cup in 1963. In an age of flashy club managers, forever rat…
Posta un commento
Continua a leggere

- ottobre 19, 2015
http://www.theguardian.com/news/2004/nov/10/guardianobituaries.media
Exhuberant left-half for Liverpool and England, who became a TV personality.

Brian Glanville
Wednesday 10 November 2004 00.19 GMT Last modified on Friday 11 January 2008 00.19 GMT
Emlyn Hughes, captain of Liverpool and England, a forceful and exuberant left-half, whose charging runs upfield earned him the nickname Crazy Horse, has died aged 57. He underwent surgery for a brain tumour in August last year and his condition deteriorated in the last few days.
In his 12 years at Liverpool, Hughes won the league title four times, the European Cup and Uefa Cup twice each, the FA Cup once, and the League Cup with his next club, Wolverhampton Wanderers. He won 62 England caps, 23 as captain.
After his playing career, Hughes became a popular figure on British television, appearing regularly as team captain on the BBC's A Question Of Sport. He was also a successful after-dinner speaker.
There is little doubt that his talen…
Posta un commento
Continua a leggere

- ottobre 19, 2015
http://www.theguardian.com/news/2006/mar/02/guardianobituaries.football
Brian Glanville
Thursday 2 March 2006 01.39 GMT
The Chelsea, Southampton and England footballer Peter Osgood, who has died after a heart attack at a family funeral in Slough, aged 59, never truly fulfilled his enormous promise and potential. It was Geoff Hurst who scored three goals for England in the World Cup final of 1966 against West Germany. But it was Osgood who might so easily have played in his place.
Precociously and richly gifted, an amalgam of power, finesse and opportunity, he had been in ebullient form that season in the Chelsea attack. But during a match at Blackpool, his leg was broken in a collision with a future England captain, Emlyn Hughes, and that was the end of his World Cup chances. I remember on England's pre-season European tour lamenting his absence to Hurst, who replied somewhat bitterly: "Instead of me, I suppose." He scored 150 goals altogether for Chelsea in 380 appearanc…
Posta un commento
Continua a leggere

- ottobre 19, 2015
Manager who brought the England team to within a kick of their first World Cup final since 1966
Robson exhorting his Newcastle side to greater things against Manchester City in 2002. He was dismissed by his boyhood idols two years later.

It was Diego Maradona's notorious "hand of God" that eliminated England from the 1986 World Cup finals in Mexico – but it was the manager Bobby Robson who had taken them there, advancing one step further to the semi-finals four years later in Italy, only to lose to Germany on penalties. Although widely lampooned and vilified by the press for his perceived inadequacies, Robson, who has died of cancer aged 76, was the man who brought the national side closer than any other to a repeat of their 1966 glory.
His achievement, however – followed by a successful managerial career at club level – seemed improbable in his early years at the helm of England…
Posta un commento
Continua a leggere

The footballing managerial and coaching career of Malcolm Allison, who has died aged 83, is in some sense a cautionary tale. Flamboyance was of the essence: champagne, bunny girls, hyperbolic statements, a rackety domestic life. It led, alas, to ultimate penury – to 20 hours in a police cell, at the age of 72, and a dingy room in an obscure Middlesbrough hotel, a town where he managed, in the early 1980s, one of the many professional clubs that followed his time as a player for West Ham United.
The worst thing that ever happened to him was what, at the time, appeared the best – when, in 1971, he was made manager of Manchester City, after he had been there for six years. With Allison as assistant manager and coach, under the benign aegis of Joe…
Posta un commento
Continua a leggere

- ottobre 19, 2015
http://www.theguardian.com/football/2010/dec/28/ralph-coates-obituary
He scored for Spurs in the League Cup final

For Ralph Coates, who has died after a stroke, aged 64, the salient moment of his career was the goal he scored to win Tottenham Hotspur the League Cup final against Norwich City at Wembley in 1973. It was one of the few dramatic moments in an otherwise rather dull match.
Coates's goal was all the sweeter for him for the fact that his manager, Bill Nicholson, had not picked him to play in the final. The choice lay between Coates and John Pratt, a central midfield player, while Coates was a fast, strong, direct and energetic winger. Pratt was chosen but, after 20 minutes, Coates was sent on as a substitute. Later, he would recall, "I'd had an ankle injury and wasn't 100 per cent fit."
He was disappointed not to be chosen, "but it's funny how fate t…
Posta un commento
Continua a leggere


Brian Greenhoff, who has died suddenly at the age of 60, was one of two footballing brothers best remembered for their performance in the 1977 FA Cup Final, when with Manchester United they denied the then dominant Liverpool a historic treble. Older brother Jimmy scored the clinching goal, but the ball-playing defender Brian was man of the match.
The two were born in Barnsley, Yorkshire. Brian followed Jimmy into the school team and the local and England schoolboy teams, but while Jimmy joined Don Revie's Leeds United, Brian was snapped up by Manchester United as a junior – he was one of Sir Matt Busby's last signings. It was 1968, the year that the United of Best, Law and Charlton won the European Cup, but, through injur…
Posta un commento
Continua a leggere 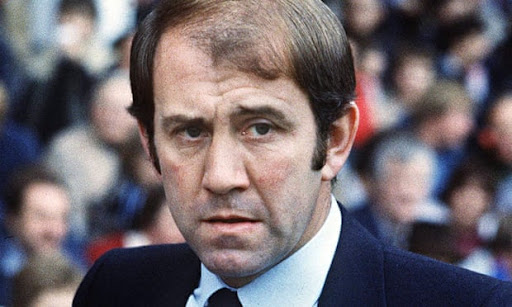 Julie Welch
Sunday 18 October 2015
Howard Kendall, who has died aged 69, once likened his association with Everton Football Club to a marriage rather than a love affair. It was a marriage that lasted, albeit with separations, for more than 30 years, and brought him three league titles – one as a player, two as manager – as well as the sweet satisfaction, in 1985, of turning a club overshadowed by the presence of Liverpool into the outstanding English team of the mid-1980s.
That 1984-85 title-winning season, when they finished 13 points clear of their Merseyside rivals, culminated in Everton’s finest night, with a 3-1 victory over Rapid Vienna in the final of the European Cup-Winners’ Cup. But that was also the year disfigured by the lethal skirmishes on the terraces of the Heysel stadium in Belgium before the start of Liverpool v Juventus in the European Cup final. In the aftermath, English clubs were banned from European f…
Posta un commento
Continua a leggere
Altri post