THE WORLD ACCORDING TO DAVID STERN 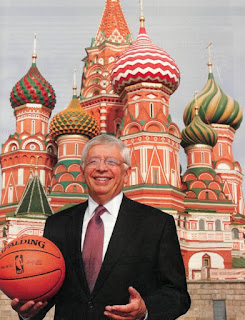 by JACK McCALLUM Sports Illustrated - November 6, 2006
"I saw you yawning just now," Stern said one day, "and I heard you snoring during the ride to the airport. Is this too much for you?"
"I heard you snoring too," the writer said.
"Yes, but I have an excuse," Stern answered. "Unlike you, I'm actually working."
DAWN, SOMEWHERE OVER RUSSIA. Cue a disembodied voice from the front of the private plane: "Harry (the Horse) Gallatin. Nat (Sweetwater) Clifton. Kenny Sears. Carl Braun.&quo…
Posta un commento
Continua a leggere
Altri post