"Elijah is a special player," said Christian. "His ability to score from all over and his intensity on defese will make him a Mount favorite from day one. We want to continue to enhance Mayhem and the signing of Elijah does exactly that. The ability to attract and sign the top players in the state of Maryland has always and will always continue to be a priority for our program. This past season, Elijah was one the most exciting players in the Baltimore Catholic League. His signing shows our abi…
Posta un commento
Continua a leggere

Expectations high at the Mount as basketball practice begins

- novembre 01, 2015
http://www.fredericknewspost.com/sports/level/collegiate/expectations-high-at-the-mount-as-basketball-practice-begins/article_d3b6fe81-8647-53b8-a0f9-9ecacd39d3e3.html
Team picked to win the NEC by league coaches
By Greg Swatek gswatek@newspost.com
Oct 29, 2015
EMMITSBURG — With most of its team intact from last season, Mount St. Mary’s will begin the season in a little more than two weeks under heightened expectations.
On Monday, the men’s basketball coaches in the Northeast Conference picked the Mountaineers to win the league, marking the fifth time they have been tabbed as the favorite and the first since the 2009-10 season.

Never being one to put much stock in preseason polls, coach Jamion Christian said the poll made for “an exciting day” for the Mount program but dismissed it as being little more than “a nice footnote for the beginning of our season.” “I don’t think it’s ever a bad thing if people think you have a good team,” he said.

College basketball: Why the game could be faster this season

It’s certain to happen this season on many occasions, in the earliest college basketball games. A defender will put two hands on a guard who is driving to the basket. An official will blow his whistle and call a foul. And a fan will yell: “Come on ref, let them play!”
What the officials are trying to do this season, through a series of mandates by those who govern the sport, is redefine the way the game is played. After years of discussion, the Men’s Basketball Oversight Committee, the Rules Committee and the National Association of Basketball Coaches (NABC) agreed that action must be taken to reduce physical play and return the game to its free-flowing roots.
Of the rules changes made during the offseason, shortening the shot clock from 35 seconds to 30 seconds has probably received t…
Posta un commento
Continua a leggere 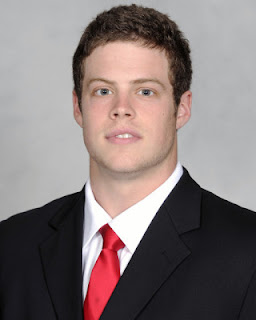 BEFORE MARYLAND:  Played at Brebeuf Jesuit High School...also suited up for Indy Hoosiers and coach Mike Peterson in AAU ball where the Hoosiers captured six state championships and landed in the top 10 at nationals on five occasions. 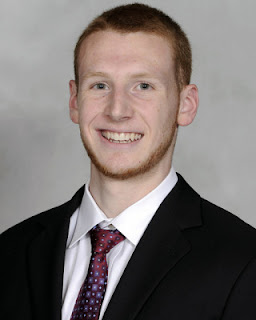 BEFORE MARYLAND:
First Team All-District and Second Team All-Region while at Herndon...Career-high 35 points and boasts Herndon record for dunks in a game with four...Squad finished 23-3 in his final year at Herndon where he averaged 16.5 points, 6.1 rebounds and 4.5 assists per game.

PERSONAL:
Parents names are Christine and Bill Auslander...Born in Reston, Va...Has two brothers, John and Kevin..John basketball at Maryland and currently serves as a graduate assistant on the team...Career ambitions are to become a basketball coach or a police detective...Major is Criminal Justice.
Posta un commento
Continua a leggere 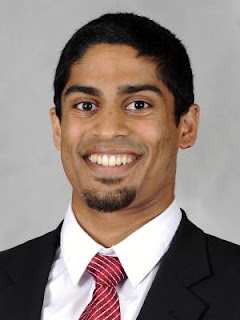 AS A SENIOR (2014-15): Big Ten Medal of Honor recipient...All-Big Ten Academic...appeared in 21 games off the bench for the Terps…posted critical defensive play to clinch Maryland’s win against Valparaiso in the second round of the NCAA Tournament…recorded a game-high three steals off the bench at Iowa (2/8)…played season-high nine minutes against VMI (11/30) and NC Central (12/10)…saw action in first three games vs. Wagner (11/14), Central Connecticut State (11/17) and Fordham (11/20)…career-best 4-for-4 from the charity stripe vs. Fordham (11/20). 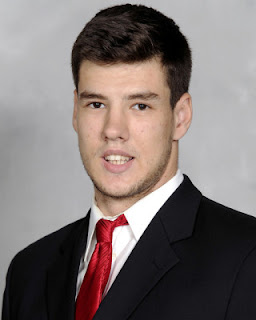