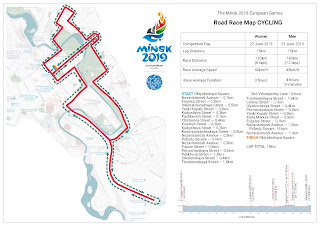 The classic Road Cycling events at MINSK 2019 will undoubtedly attract many spectators as 226 of Europe’s finest cyclists will compete on the roads of Minsk.
Time Trial and Road Race will feature 4 Medal Events over 3 days of competitions which begin on 22 June 2019. Days of competition: 3Competition dates: 22-23, 25 June 2019Medal events: 4Total athlete quota: 226Qualification method: Qualification places for Cycling Road will be determined based on UCI Nation Ranking as of 31 December 2018; Host NOC allocation and Universality places.Road to Tokyo 2020 qualification: Ranking points available Last 3 km:

ROAD RACE: OKTYABRSKAYA SQUARE / RACE ROUTE
Sports: Cycling Road Construction status: Temporary
RR The Cycling Road Race will start in the forecourt of the iconic Palace of Republic at OktyabrskayaSquare. The race route for Road Race consists of a 15km circuit throughout the city of Minsk and will include 12 laps for men (180km) and 8 lap for women (120km). 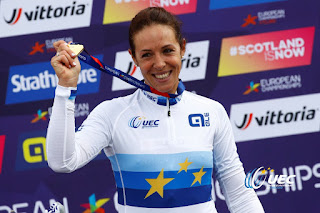 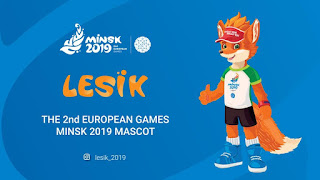 https://www.insidethegames.biz/articles/1074839/minsk-2019-mascot#story-behind-lesik
Lesik the baby fox was unveiled as the mascot for the Minsk 2019 European Games during a special ceremony in the Belarusian capital in November 2018.
Story behind Lesik
Lesik represents friendship, development, harmony, discipline, determination, cheerfulness, invincibility and vigour.
As the famous novella by French writer Antoine de Saint-Exupéry goes, "The Little Prince" came to earth and befriended a little fox, who taught him about many things, including the meaning of friendship.
The story of the Minsk 2019 mascot begins when the Little Prince returned home, leaving earth and Lesik behind.
Having made such a good friend in the Prince, Lesik quickly missed him and all he could think about was finding new friends.
He walked all over his neighbourhood in search of friends, helping his legs grow extremely strong.
He also listened very hard in the hope he could hear potential friends, making…
Posta un commento
Continua a leggere 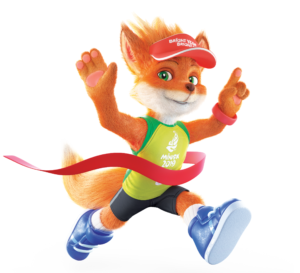 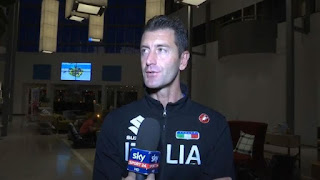 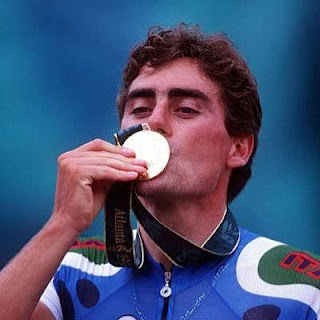 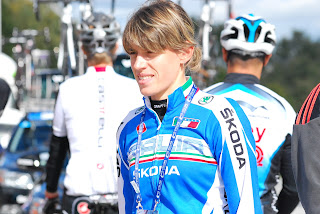 At the end of 2013, the Varese racer hung her bike up. A degree in economics with honors, a CV full of foreign languages, experience abroad and medals. But at 32, after 11 seasons as a professional racer, NOEMI CANTELE now dreams are about raising a family, living a "normal" life, and establihing the obligation of a femal team for all the Pro Tour teams
WRITER: CHRISTIAN GIORDANO
June 26, 2013
Noemi Cantele has had a career worthy of framing, just like her last national team jersey worn at the 2013 UCI Road World Championships in Florence -- her thirteenth, and last one. So it was her “Race of the Season” since BePink's training camp in Cervinia. A failed goal as an individual for Noemi, but she contributed, as Italian national teammate to the precious bronze medal for Rossella Ratto behind the “Dutch Cannibal” Marianne Vos and Emma Johansson of Sweden.
Rossella has followed in her brothers' footsteps, Daniele Ratto and (on her mother's side) Enrico Peruffo, bot…
Posta un commento
Continua a leggere
Altri post