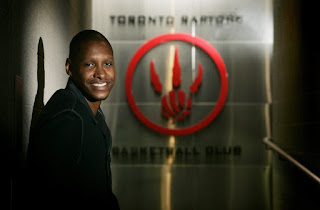 
Masai Ujiri (born ca. 1970) is the general manager of the Toronto Raptors of the NBA. He is a native of Zaria, Nigeria.
Early life

The son of a doctor mother and a hospital administrator/nursing educationist father, Ujiri originally played football as a youth before focusing on basketball. His interest with basketball started as a 13-year-old playing with friends on outdoor basketball courts in northern Nigeria. This interest would be fed by American sports magazines and VHS tapes of NBA games or basketball movies. He admired Hakeem Olajuwon, an NBA star who was born in Nigeria.
Career
Ujiri grew to be 6-foot-4 and emigrated to the United States to play two years of basketball at Bismarck State College, then transferred to Montana State University-Billings, though he left the latter school after one semester. He spent s…
Posta un commento
Continua a leggere

Recognizing the excellence of R.C. Buford 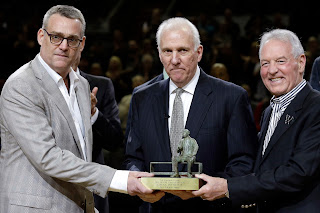 http://www.poundingtherock.com/2013/1/28/3916228/spurs-general-manager-excellence-r-c-buford There are innumerable reasons for the success that the Spurs have enjoyed over the last decade and a half, but one area fans often overlook is the role that the team's general manager, R.C. Buford, has played in helping San Antonio stay in position to annually compete for a championship. By Jesus Gomez

This past week, reports surfaced about Chris Hansen, the prospective new owner of the would be Sonics, targeting Spurs GM R.C. Buford as his first choice for the position if the Kings were sold and moved to Seattle. It wasn't long before reports about how R.C. was not interested surfaced. Look like it would take a whole lot of money or some unforeseen circumstances for Buford to leave after working hard to build the Spurs' roster next …
Posta un commento
Continua a leggere

Two basketball lifers and their friendship: The Hollins and Westphal story 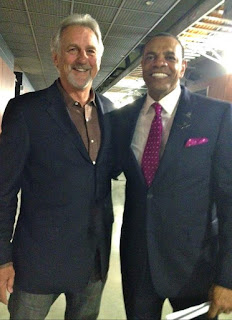 To know the relationship between Lionel Hollins and Paul Westphal you have to go back to the late 1970s, when Westphal was an All-Star shooting guard and go-to scoring option for the Suns, and Hollins was the defensive stopper for the Trail Blazers tasked with slowing him down whenever the two teams faced one another.
“I held him and grabbed him and beat him up,” Hollins, now the head coach of the Nets, said of Westphal, his assistant coach, with a smile after a practice earlier this week. “He was a great scorer, had great footwork and made scoring look easy, but I had a lot of athleticism and competitiveness and toughness, and so I battled from that perspective.”

Westphal was equally complimentary of Hollins.
“He was such a great competitor,” Westphal said. “He liked taking on the challenge of playing defense, and he liked to get under your ski…
Posta un commento
Continua a leggere 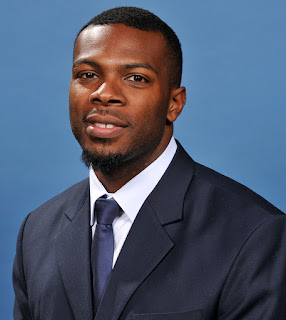 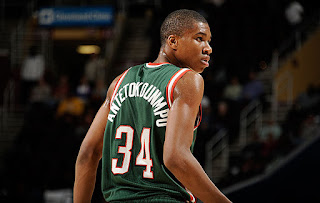 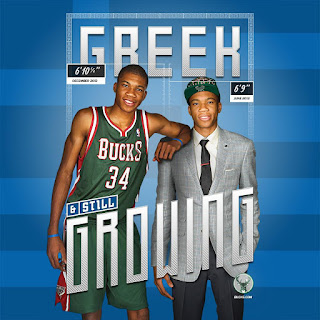 http://sports.yahoo.com/news/from-selling-sunglasses-on-street-to-nba-player-on-the-rise--greek-freak-living-the-american-dream-214309752.html
By Adrian WojnarowskiMarch 18, 2014 10:50 AMYahoo Sports ST. FRANCIS, Wis. – Within the walls of his three-bedroom apartment, Giannis Antetokounmpo had come to combat the beginnings of a long winter's loneliness with the preferred passage of untold young NBA players: PlayStation 4. Thousands upon thousands of hours are unapologetically consumed in the mesmerizing grasp of the flickering images on screen, and perhaps few hands so enormous had ever wrapped themselves around the game's controls. The cold winds had come sweeping across Lake Michigan, colliding into glass doors on a balcony that belongs to the 19-year-old phenom decreed as the Greek Freak. The solitude and dull drone of those November days and nights had been constructed for the mindlessness of the PS4 and it left theMilwaukee Bucks'…
Posta un commento
Continua a leggere

How Bradley Beal broke out 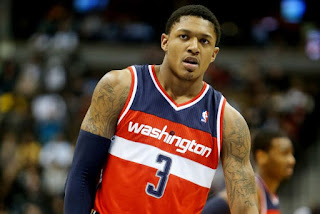 Bradley Beal and the Washington Wizards started off this season about as poorly as possible. Now they're rolling. What's changed for the Wizards' rookie, and what does it say about his future?
By James Herbert
@outsidethenba on Feb 27, 2013

TORONTO -- Bradley Beal was born for this. He was built for it. Watch the Washington Wizards guard curl around a screen, rise up for a jumper and hit nothing but net. He looks nothing but natural, like nothing can faze him.

Beal is only 19 years old, but you wouldn't know it. There's nothing 19 about how he carries himself. On the floor he rarely forces anything -- he's smooth, smart, steady. In the half-court, you'll almost never see him take more than three dribbles. Listed at 6'3 and 207 pounds, he's sneaky with his speed, strength and athleticism. Explosive fastbreak dunks, reverse layups and rebounds in traffic shouldn't look so easy. 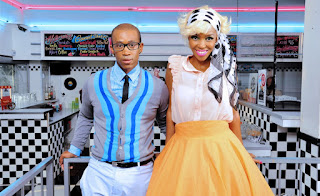 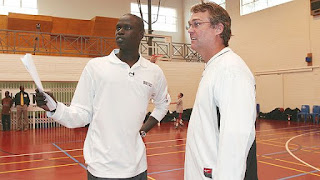 3/11/2010
Kevin Arnovitz, ESPN Staff Writer  It's not unusual in Africa to see kids wearing David Beckham jerseys, but you'd be hard-pressed to find a pick-up game or anything emblazoned with a Lakers or Bulls logo. Amadou Fall is the man in charge of changing that. In January, the Senegal native was named vice president of development for the NBA in Africa after 12 years working as director of player personnel and vice president of international affairs for the Dallas Mavericks. Fall will be in charge of opening the NBA's office in Johannesburg this spring. This week, Fall is in Dakar to announce the eighth annual Basketball without Borders camp in Africa. I caught up with him by telephone.

- You've arrived in Africa. What's the first item on your to-do list?
On this trip, we're first in Senegal to plan for Basketball without Borders. We&…
Posta un commento
Continua a leggere 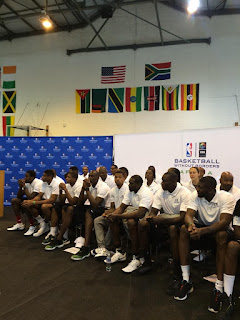 http://www.supersport.com/basketball/nba-africa-game/news/150724/Sons_of_Africa
by Julio Chitunda 24 July 2015, 21:08
The clock is ticking fast for the inaugural NBA Africa Game in Johannesburg, South Africa, on August 1, and supersport.com brings you individual profiles of Team Africa players.  The exhibition game will feature Team Africa - composed of Africa-born and second-generation players - against a Team World select. Three-time NBA head coach of the Year Gregg Popovich will be at helm of Team Africa, while the World Team will be coached by Brooklyn's Lionel Hollins.
Luol Deng (PF, 6'9", Miami Heat) - Team Africa captain  - Born in South Sudan, 16 April 1985  - As a child Deng lived in Egypt, but moved to the United Kingdom during his boyhood years. Internationally he represents Great Britain and he led them at the 2012 London Olympics. "Coming from South Sudan and having participated in the Basketball without Borders Africa camps in Johannesburg previously, I a…
Posta un commento
Continua a leggere
Altri post