The Velvet Revolution - Johan Cruyff, Ajax and the struggle for the soul of Dutch football 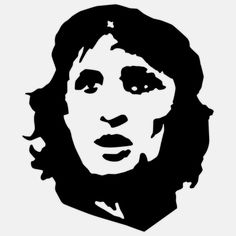 The Velvet Revolution
Johan Cruyff, Ajax and the struggle for the soul of Dutch football  The Blizzard issue 14, September 2014 By Elko Born

“This isn't Ajax anymore,” Johan Cruyff wrote in his De Telegraaf column in September 2010, venting his frustration after Ajax's Champions League performance against Real Madrid – a desperate 2-0 defeat at the Estadio Santiago Bernabéu. “Let me get to the point: this Ajax is even worse than the team from before Rinus Michels’s arrival in 1965.”

Most people probably read the column and shrugged. They knew the legendary Number 14, they were used to his gezanik – the Amsterdam custom of complaining just to have something to chat about. What’s more, Cruyffie had gotten a bit sour. Angry about his dismissal from Barcelona, angry about the ways in which Ajax's suits had marginalised his status at his boyhood club – just as Sandro Rosell had done at Barcelona. He was right, of co…
Posta un commento
Continua a leggere
Altri post