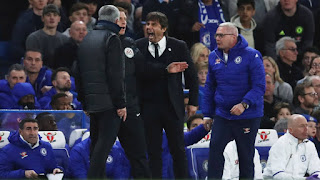 Milano-Sanremo 2009 - The Sprint of the Century

- marzo 13, 2017
by Edward Pickering
Procycling, March 2016
IN MY OPINION, the sprint with which Mark Cavendish won the 2009 Milan-Sanremo was the greatest single road cycling exploit I have ever seen. It impressed me more than Roche’s comeback on La Plagne in the 1987 Tour, LeMond’s 1989 TT, Indurain’s Luxembourg and Bergerac TTs in 1992 and 1994, Pantani’s win at Deux-Alpes, Landis at Morzine, Cancellara in Paris-Roubaix 2010 or Boonen in Roubaix 2012. (Notwithstanding that some of these, helped by doping, don’t really count.)
The 2009 Sanremo wasn’t a vintage edition of the race. As recent years go, I’d say 2008, 2011, 2012 and 2013 were all much more absorbing and tactically interesting events. In 2009, the peloton sleepwalked into a sprint – Davide Rebellin and Filippo Pozzato tried attacking on the Poggio, but got nowhere, and that was it – a medium-sized bunch of 51 riders hit the streets of Sanremo.
So, yes, it was a seven-hour race in which not much happened, until that point possibly the le…
Posta un commento
Continua a leggere
Altri post