- ottobre 30, 2017
The chant that followed Earl Monroe through a lively college career is taken up by Baltimore basketball fans as the rookie shooter and showman quickly moves into a starring role with the Bullets
By Frank Deford, SPORTS ILLUSTRATED
The rookie, Earl the Pearl, stirred from his afternoon nap and squinted out the window of his room in the Lord Baltimore Hotel toward the Civic Center, where he would begin his professional basketball career with the Bullets in another three hours. It was an eerie, Cimmerian dark outside, for this was one of those Baltimore evenings when the weather, always mischievous, misplaces whole months.

Oct. 30, 1967
THIS IS AN ARTICLE FROM THE OCT. 30, 1967 ISSUE
ORIGINAL LAYOUT
There are, normally, only two seasons in Baltimore, anyway—spring and fall being acknowledged by the populace only in deference to the calendar. Spring is celebrated on the few days the flowers in Sherwood Gardens are in full bloom. Fall is observed on the Sundays when the Colts perform. The…
Posta un commento
Continua a leggere 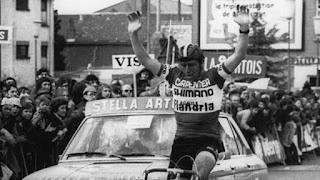 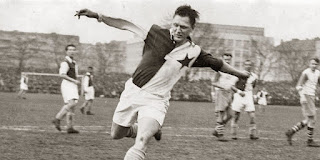 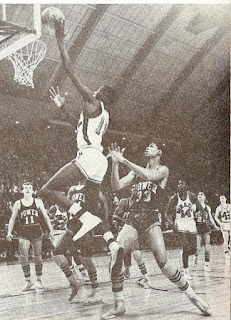 $1 Million End to an Unjust Exile 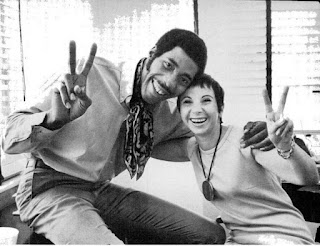 SEQUEL Seven weeks ago LIFE published the results of Reporter David Wolf ‘s investigation into the charges that led the National Basketball Association to blacklist one of the country’s finest players, Connie Hawkins. In 1961, as a college freshman, Hawkins was implicated in a betting scandal. Wolf’s investigation concluded that Hawkins had been implicated unfairly and had done “nothing that would have justified his being banned.” Last week the NBA agreed.
by DAVID WOLF LIFE, 1969 June, 27

The memories of the false confessions, of the shame, of the ostracism and of thehand-to-mouth existencewould always be part of him. But for the first time in eight years Connie Hawkins could honestly say he was proud to be himself. “The clouds have gone away,” he said. “I don’t have to hide in a shell. I don’t have to be ashamed anymore.”
For years he had been playing with second-rate teams, often before half-empty houses, always for a small salary. Now the $1 million package agreed to by the NBA’s…
Posta un commento
Continua a leggere

The Unjust Exile of a Superstar 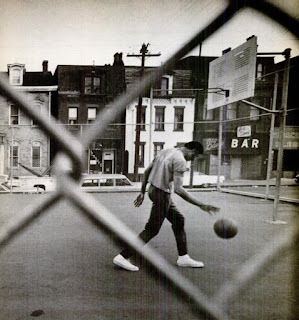 Unjustly accused of helping gamblers, a basketball superstar spends his life banned from NBA competition.
by DAVID WOLF
Life,
1969, May 16
He is six feet eight inches tall, and he does things on a basketball court nobody else his size can equal. He moves with disciplined grace --controlling the ball with one massive hand, dribbling behind his back, passing with the flash of a Globetrotter and making jump shots from 20 feet out. One special move always brings the crowd to its feet. He slithers close to the basket, wards off defenders with his free arm, leaps high into the air and dunks the ball with a one-handed flourish that rattles the backboard.
His name is Connie Hawkinsand, according to top professionals who've played against him in summer tournaments, he is one of the five greatest players in the world, a mixture of Bill Russell, oscar Robertson and Elgin Baylor. And those who praise him loudest play in the National Basketball Association, the sports' only real major league. …
Posta un commento
Continua a leggere

The Miracle of the White Angels 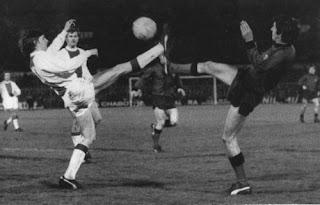 There was no celestial intervention, but Spartak Trnava - known as the White Angels despite a black and red home kit - played a starring role in the 1969 European Cup when they reached the semi-finals, overcoming a Soviet invasion and ignoring the Warsaw Pact ban on the competition along the way. They even did it without the insiprational coach Anton Malatinsky, who led the rise of the small-town club from western Slovakia.
Outshining and outplaying their illustrious opponents from Prague, Spartak rose from the second division to claim five Czechoslovakia titles in six years and remain unbeaten at home for seven seasons. But their most remarkable feat was coming to within a goal of beating Ajax to make the European Cup final, in seriously trying circumstances.
T…
Posta un commento
Continua a leggere
Altri post