FIFA U-17 World Cup record
Of the four Asian qualified teams, Australia boast the best record at the FIFA U-17 World Cup having featured in the global showpiece a total of twelve times. Notably, they stormed to the final at New Zealand 1999 and reached the quarter-finals six times as well as progressing to the Round of 16 on another two occasions.

The road to Brazil
Australia had to overcome a 3-0 opening loss to Korea Republic during the group stage, but managed to progress as the second-placed team with wins over Iraq (2-1) and Afghanistan (4-0). In the all-important quarter-final encounter with Indonesia, the Joeys came from behind to record a narrow 3-2 win to secure a place in the last four and thus qualification for Brazil 2019.
The coach
Born and raised in the Blue Mountains region west of Sydney, TREVOR MORGAN has enormous experience in youth development. He has spent two decades managing football at the well-regarded W…
Posta un commento
Continua a leggere

Will be taking part in their fifth World Cup

Ecuador’s qualification bordered on the miraculous, requiring as it did four goals in the last 33 minutes of their final game. That achievement owed much to their never-say-die attitude and the finishing skills of tournament top scorer Johan Mina (six goals).

That high-scoring victory (4-1) over Argentina summed up the rollercoaster ride Javier Rodriguez’s side endured in Peru, where explosive attacking play went hand in hand with the defensive frailties that made them the most scored-against team (13) at the tournament.

Alongside Argentina, they are the only other South American side who will compete at both the FIFA U-20 and U-17 World Cups this year.


**FIFA U-17 World Cup record**
Ecuador will be competing at their fifth World Cup in this category, having first graced the tournament back in 1987. However, it is the 1995 edition on home soil and the 2015 staging in…
Posta un commento
Continua a leggere 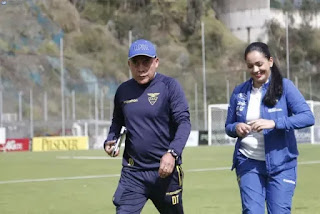 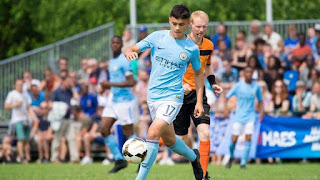 https://theworldgame.sbs.com.au/australia-never-asked-manchester-city-starlet-ignored-by-joeys-for-world-cup
Australia’s decision to forgo approaching Manchester City prodigyAlexander Robertson for next month’s FIFA U-17 World Cup has left the rookie’s camp bewildered.
03/10/2019 - BY DAVE LEWIS
Back in action after a series of injuries, Robertson, 16, is one of 7 Europe-based Aussiesoverlooked for the tournament by Joeys coach Trevor Morgan in his 21-man squad.
Southampton’s Caleb Watts, Hoffenheim’s Noah Botic and Sporting Lisbon’s Tristan Hammond were the only ones to secure a ticket to Brazil as Plymouth defender Charlie Miller, Rangers midfielder Murray Miller and Blackburn Rovers playmaker Zak Gilsenan all missed out, along with former NPL sharp-shooter Zach Sapsford, recently signed by Chester, ex-Valencia No.10 Diego Alonso (now at Albacete) and young Fleetwood Town prospect Akiel Raffi.
But it was the decision not to sound out Robertson - who has two caps for England at U-16 l…
Posta un commento
Continua a leggere
Altri post