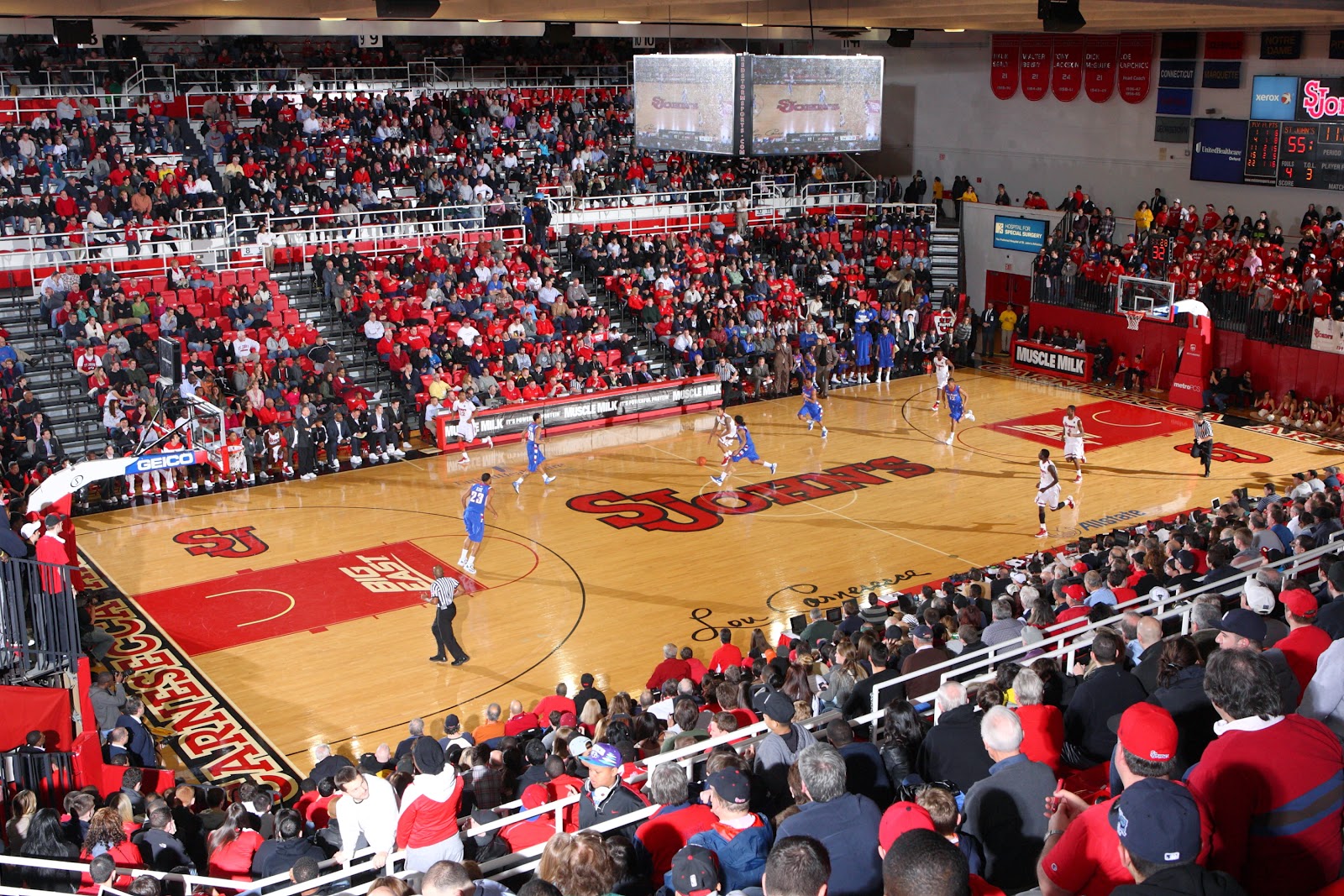 Carnesecca Arena (formerly Alumni Hall) is a 5,602-seat multi-purpose arena in the borough of Queens in New York City, New York. It was built in 1961 and renamed in honor of Hall of Fame Coach Lou Carnesecca on November 23, 2004. It is the exclusive home to the St. John's University Red Storm women's basketball team, and also hosts the men's team, mainly for games that are not expected to draw a crowd sufficient to fill Madison Square Garden. The building hosted first round games of the NCAA men's basketball tournament from 1970 to 1974. Up until March 2014, it was the last place in New York City that the tournament was held. Formerly known as Alumni Hall, Carnesecca Arena opened its doors in December 1961 and is the on-campus facility for the men and women's basketball teams, fencing teams and volleyball team. In 525 games at Carnesecca Arena, St. John's men's basketball has compiled a 443-83 (.842) record, including a 79-65 win against Georgetown Univers…
Posta un commento
Continua a leggere 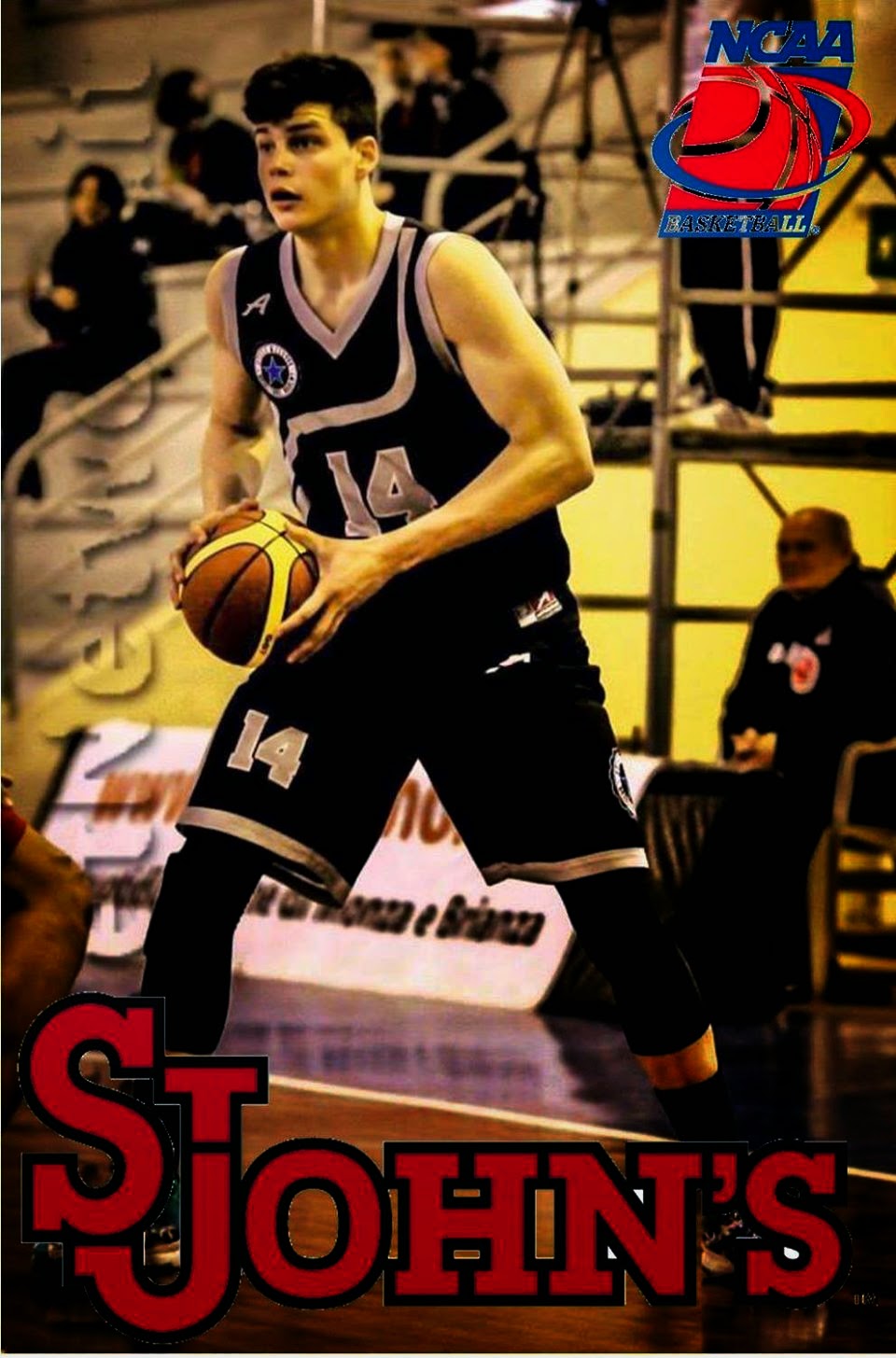 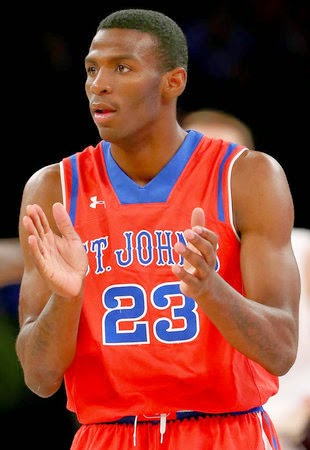 The two men sitting behind the ticket table at last month's All-City Classic did not bat an eye when Rysheed Jordan breezed past.

They knew about Jordan, one of the nation's top recruits coming out of Vaux High School last year. Jordan had changed his Twitter name to "Prince of North Philly" after committing to St. John's in March 2013.

Celebrities and princes forgo $10 admission prices. Jordan, who spoke last month about his freshman season for the first time in an interview with The Inquirer, paid his fee by coaching the final game in a series of three high school all-star contests. 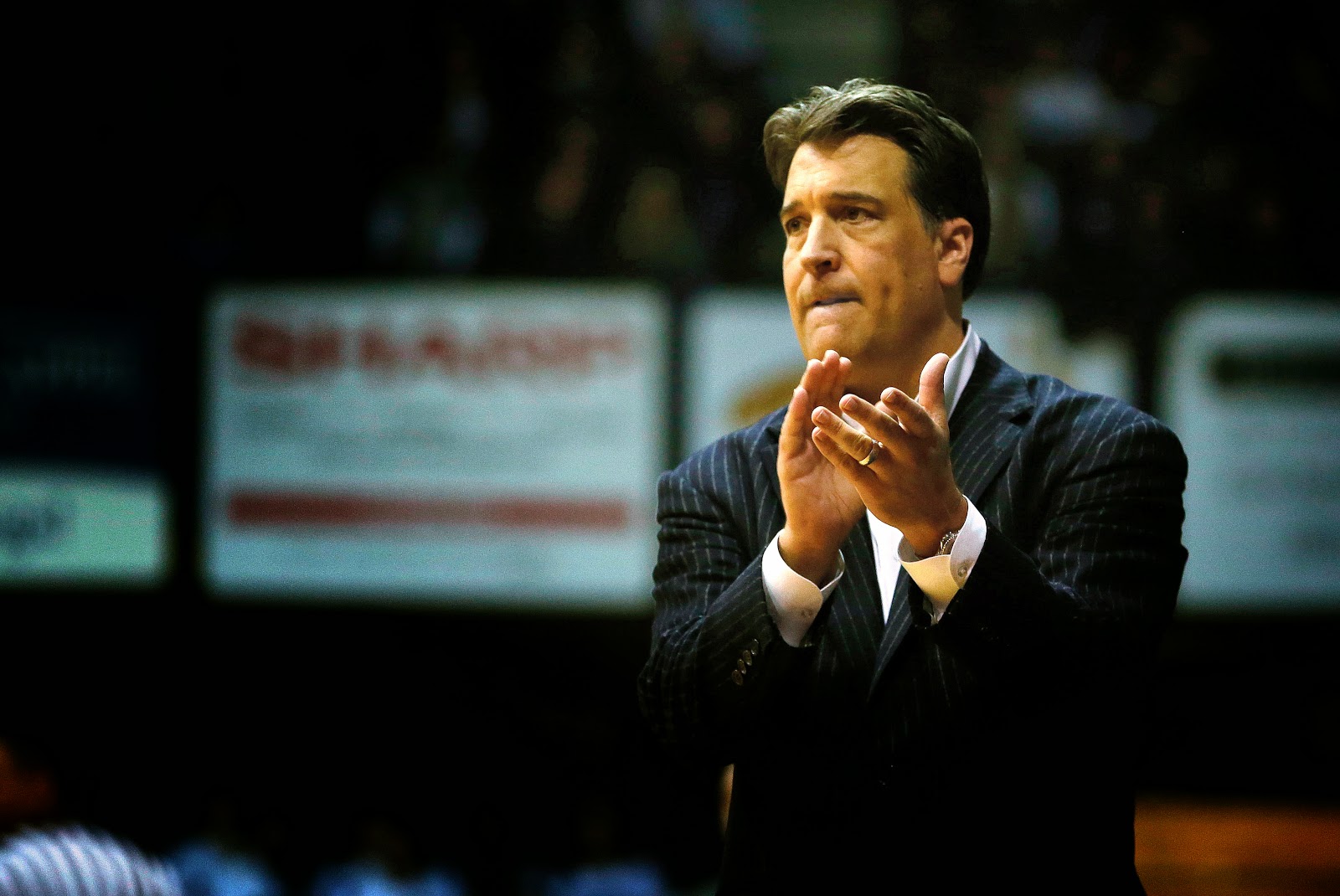 St. John's head men's basketball coach Steve Lavin has been a New Yorker for less than five years, but in that time, he has taken the Big Apple by storm, and has given new meaning to the moniker "the city that never sleeps."

Lavin -- whose 10 full seasons of head coaching has featured 9 postseason appearances, including 7 NCAA Tournaments, 5 trips to the NCAA Round of 16 and eight seasons of 20 wins or more -- became the 19th head men's basketball coach in St. John's 100-plus years of storied hardwood tradition on March 30, 2010. After 7 years as one of ESPN's premier college basketball analysts, Lavin has spent the last 4 years in the Empire State revitalizing the foremost college basketball program in the city that has called the game its own for more than a century. 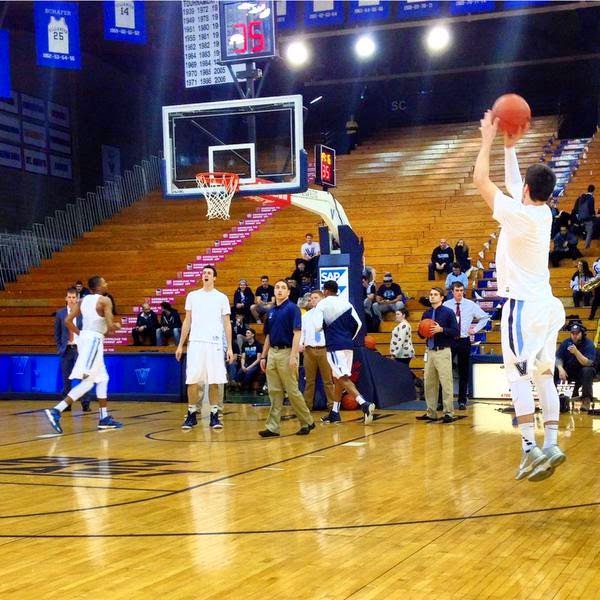 A savvy guard with excellent vision and a knack for finding the open man... Brings long range shooting skill to the floor as well...  A student of the game...  A team captain.

SENIOR/GUARD
6-6 • 205
BETHLEHEM, PA.
LIBERTY H.S. (COACH: CHAD LANDIS)
A quality athlete with an ability to move without the basketball...
Versatile enough to handle the basketball if needed...
Has range to 3-point territory with a smooth lefthanded stroke.

PERSONAL
Parents are Darrun Hilliard and Charlene Jenkins...
Signed a national letter of intent to attend Villanova in November 2010...
A Liberal Arts major.
————