The Estadio Olimpico was built in 1940 and officially opened a year later.
Situated in the centre of Goiânia, the capital of the state of Goias, in central-western Brazil, it is named in honour of the city’s founder, Pedro Ludovico Teixeira, and was its first official sports facility.
Refurbished in 2016, it is home to Goiânia Esporte Clube and will provide the venue for 6 group matches at the FIFA U-17 World Cup Brazil 2019, 2 Round-of-16 games, and 2 quarter-finals.
Fact file: Official name: Estadio Olimpico "Pedro Ludovico" Opened: 1941 Last renovated: 2016 Capacity: 10,230 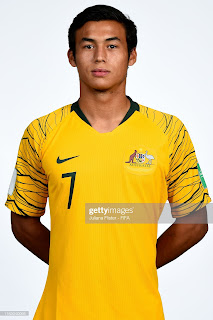 https://theworldgame.sbs.com.au/meet-the-aussie-kid-following-in-ronaldo-s-footsteps
Tristan Hammond grew up in the same neck of the woods as Harry Kewell and is part of the Sporting Lisbon production line that spawned the fearsome threesone of Cristiano Ronaldo, Luis Figo and Nani.
15/10/2019 - BY DAVE LEWIS
So there's no wonder the Australian FIFA U-17 World Cup-bound winger is dreaming big as he prepares to test himself against the planet’s elite youngsters in Brazil in the coming weeks.
Every time 16-year-old Hammond rocks up for training at the Portuguese powerhouse he’s reminded of the legacy left by its alumni, and inspired to fulfill his own football destiny.
Entering his fifth year in Portugal, the kid from Edensor Park in Sydney’s west gives praise for the pathway stretching ahead of him.
The one-time Marconi junior, told The World Game from Australia’s pre-World Cup camp in Chile: “It’s amazing to be at the club that produced such incredible players - players who came th…
Posta un commento
Continua a leggere 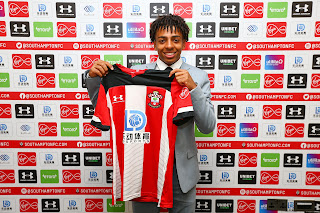 https://theworldgame.sbs.com.au/high-voltage-watts-gives-joeys-world-cup-power-surge
When you’re part of the famed Southampton crèche which incubated the gifts of Alan Shearer, Gareth Bale and Adam Lallana you’re entitled to dream big.
BY DAVE LEWIS - Oct. 24, 2019
All-action Joeys midfielderCaleb Watts is doing just that as a key ingredient of coach Trevor Morgan’s FIFA Under-17 World Cup soufflé ahead of Sunday’s first serving against Ecuador in Brazil.
England-born but with an Australian lineage, Watts, 17, is one of just three overseas based players on Morgan’s menu - the others are Noah Botic and Tristan Hammond.
And much is expected of him in a tournament which pits Australia against Hungary and Nigeria in their remaining group games.
Not least by Watts himself, as he climbs a ladder he believes will ultimately lead to the first team squad at St Mary’s.
Having cut his teeth as a junior with Queens Park Rangers, Watts’ move to the Saints in 2017 elevated his aspirations to a highe…
Posta un commento
Continua a leggere 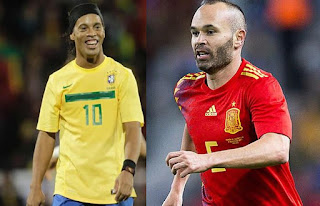 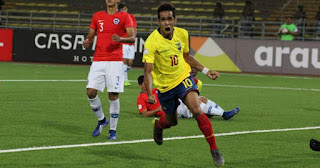