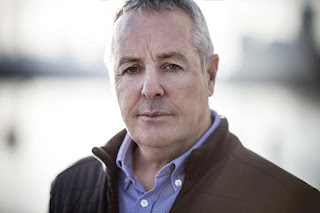 http://www.cyclist.co.uk/in-depth/3093/the-power-of-three-stephen-roche-profile
by MARK BAILEY, 7 JUL 2017
On the 30th anniversary of his Giro, Tour and World Champs Triple Crown, Stephen Roche talks to Cyclist about his annus mirabilis

Stephen Roche is relaxing on a sofa in a hotel by the Thames, a short walk from the bustle of the London Bike Show.
At the nearby cycling mecca everything is dazzling and new, but on the table in front of Roche lie three faded but elegant relics: the maillot jaune of the Tour de France, the maglia rosa of the Giro d’Italia and the rainbow-striped jersey of the World Road Race Championships.
These are the holy trinity of cycling jerseys, but to Roche they are personal time capsules that evoke the glory, pain, drama and controversy of 1987, the year this humble son of an Irish milkman etched his name into the annals of cycling folklore by winning all three jerseys within the space of 13 weeks.