- settembre 21, 2015
Liverpool manager Brendan Rodgers has taken a leaf out of Pep Guardiola’s book, says Jonathan Wilson
by Jonathan Wilson, WORLD SOCCER, April, 2015
Liverpool’s season was transformed on December 14 when they lost 3-0 to Manchester United. In the 15 league games before that one, they had picked up 21 points and scored 19 goals; in the 12 games after, they won 30 points and scored 23 goals. For once, the reason for the change was obvious: Brendan Rodgers started deploying a 3-4-2-1 formation.
Up to the United game, Liverpool had been sluggish and error-prone at the back. They badly missed Luis Suarez, who had been sold to Barcelona in the summer, and Daniel Sturridge, who was injured. Questions were asked about Rodgers. But while there are still those who find something unctuous about his manner and his habit of speaking as though quoting self-help manuals, the change he enacted over cannot be doubted.
The first game using the new shape may have ended in defeat, but the performance was…
Posta un commento
Continua a leggere 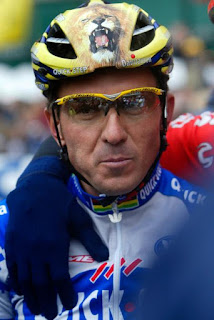 Belgian talks of irreparable breakdown in friendship with Wilfried Peeters

With his 50th birthday approaching next month, there is still a degree of acrimony as Johan Museeuw looks back on his time in the peloton.
The Belgian, who in 2007 admitted to not being “100 per cent honest”, has given an interview in which he looks back at doping during his era and claims omertà persists to this day. He also opens fire on Wilfried Peeters, a key domestique who helped him to become one of the greatest Classics riders of all time, with three victories at the Tour of Flanders and Paris-Roubaix to his name.
“I took drugs because everyone took them back then. But is it fair that only me and other familiar faces like [Lance] Armstrong and [Michael] Boogerd now serve as sinners? I think not. It makes me feel wronged. Even today I see riders in the peloton who also rode back th…
Posta un commento
Continua a leggere
Altri post