LARRY BIRD -- A PLAYER FOR THE AGES 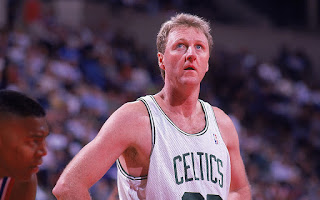 https://www.si.com/vault/1988/03/21/117339/a-player-for-the-ages-bostons-larry-bird-in-what-may-be-his-finest-season-gets-red-auerbachs-vote----over-bill-russell----as-the-best-ever
BOSTON'S LARRY BIRD, IN WHAT MAY BE HIS FINEST SEASON, GETS RED AUERBACH'S VOTE—OVER BILL RUSSELL—AS THE BEST EVER
BY FRANK DEFORD
The little country boy in Indiana had a recurring dream. In it, he has found a million dollars cash, and he has dug a hole for it under the front porch, and he is hiding there with it. His older brothers walk up and down the steps just above him, but he stays so quiet, they don't have an inkling that their kid brother is down there with a million dollars cash. "I had that same dream all the time—over and over and over and over," says the man who was the little boy.
A lot of grown men have another dream. In it, they're Larry Bird. It's just as reasonable to imagine you're Larry Bird as to imagine you've found a million dollars. Sure, Larry B…
Posta un commento
Continua a leggere
Altri post