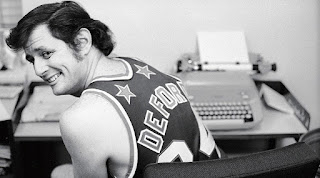 From SPORTS ILLUSTRATED MARCH 29, 2010
For more than five decades, FRANK DEFORD was the peerless bard of sports journalism. In 2010 he turned his gaze upon himself—a self-examination worth revisiting as we remember SI’s greatest storyteller
by FRANK DEFORD, JUNE 5, 2017 / SPORTS ILLUSTRATED
THERE ARE MANY ROLES a man plays in life. Son, Husband, Father, Breadwinner. If he is successful: Star, Boss, Grand Old Man. But nothing, I believe, is quite so thrilling as getting to be The Kid. That is, you, as a novice, are accepted by your elders into their privileged company. You are not quite their peer. You are on trial, tolerated more than embraced, but at least you are allowed to step into the penumbra of the inner circle, to sniff the aroma of wisdom and humor and institutional savoir faire that belongs to those old hands. It’s a heady sensation.
It was at Sports Illustrated that I was, for the one time in my life, The Kid. I had come to the magazine fresh out of Princeton. Understand, …
Posta un commento
Continua a leggere

CLEVELAND IS THE REASON 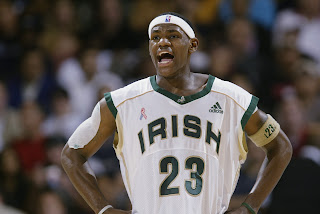 No straight-outta-high-school player in NBA history had as seamless a transition to the pros as LEBRON JAMES. And he did it all in front of his hometown fans.By the time LeBron James made
by Russ Bengtson, Slam #209, July 2017
By the time LeBron James made his home debut with the Cleveland Cavaliers on November 5, 2003, it had already been something of a rough start for the Chosen One and his squad. Yes, James had scored 25 points — adding 9 rebounds, 6 assists and 4 steals — in his NBA debut versus the Kings. But the Cavaliers lost that game by 14, the next by 9,and the one after that by 19, putting them in an 0-3 hole before even playing in front of their hometown fans. LeBron’s first NBA game at Gund Arena loomed large.
He was awful.
The Cavs dropped to 0-4 as James posted just 7 points (on 3-11 shooting), getting to the line only once in 41 minutes and missing both of his three-point attempts. He did add 9 assists and 11 boards but was outplayed by fellow rookie Carmelo Anthony, …
Posta un commento
Continua a leggere
Altri post