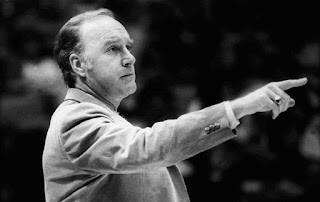 Jack McKinney coached the Pacers to their first winning season in the NBA, but also traded away a future pick they could have used to draft Michael Jordan.
McKinney, who died on Tuesday at age 83, replaced Bobby "Slick" Leonard in 1980 after Leonard had completed 12 seasons as the head coach. Leonard, who had led the Pacers to three championships in the American Basketball Association in the early 1970s, struggled through five consecutive losing seasons before being released by first-year owner Sam Nassi at the end of the 1979-80 season.
McKinney came to the Pacers as both an accomplished coach and sympathetic figure. A protégé of Jack Ramsay, who would coach the Pacers later in the 1980s, he had been a successful head coach at St. Joseph's College and then worked as an assistant NBA coach in Milwaukee and Portland.
His big break arrived when th…
Posta un commento
Continua a leggere 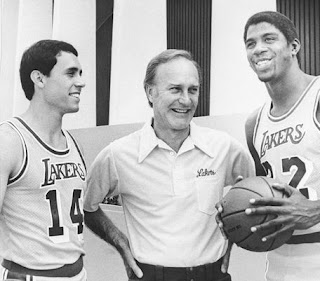 26/09/2018 05:46:36
Jack McKinney, who coached the Indiana Pacers for four seasons in the 1980s, died Tuesday at 83 years old, St. Joseph's University announced.
McKinney coached St. Joseph's from 1966-74 before joining the NBA's Milwaukee Bucks as an assistant coach. After two seasons in Milwaukee, he spent three more with the Portland Trail Blazers from 1976-79 before being named head coach of the Los Angeles Lakers in 1979.
During that season, McKinney suffered serious head injuries in a bicycle accident, which limited him to just 14 games. Paul Westhead replaced him, leading the Lakers to an NBA title.
As a result of his accident, McKinney was left in a coma for three days. The incident left him with neurological issues for the rest of his life.
McKinney returned to join the Pacers in 1980, and he led Indiana to a 44-38 record and the playoffs in his first season at the helm, winning NBA Coach of the Year in the process. The Pacers went winless in the playoffs, and Mc…
Posta un commento
Continua a leggere 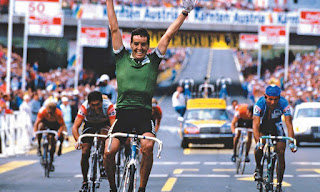