Roche on McQuaid and Kimmage 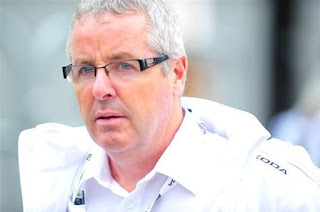 https://www.cyclingnews.com/news/roche-on-mcquaid-and-kimmage/
Decries personal element in acrimony
by Barry Ryan cyclingnews.com - February 22, 2013
Not since the halcyon era of the 1980s did Irish cycling enjoy a day comparable to Thursday. Shortly after the official confirmation that Belfast would host the start of the 2014 Giro d’Italia, Martyn Irvine claimed Ireland’s first gold medal at the track world championships in 117 years by winning the scratch race in Minsk, scarcely an hour after he had taken silver in the individual pursuit.
Of course, some of Irish cycling’s most notable figures have already claimed their share of column inches in the international press in recent months, albeit for quite different reasons. Pat McQuaid’s position as UCI president has been called into question in the wake of the Lance Armstrong affair and no small amount of the pressure has been applied by two of his fellow countrymen, Paul Kimmage and David Walsh.
The positions of McQuaid and Kimmage …
Posta un commento
Continua a leggere
Altri post