Smith-Rivera, A New Kid From the Oak 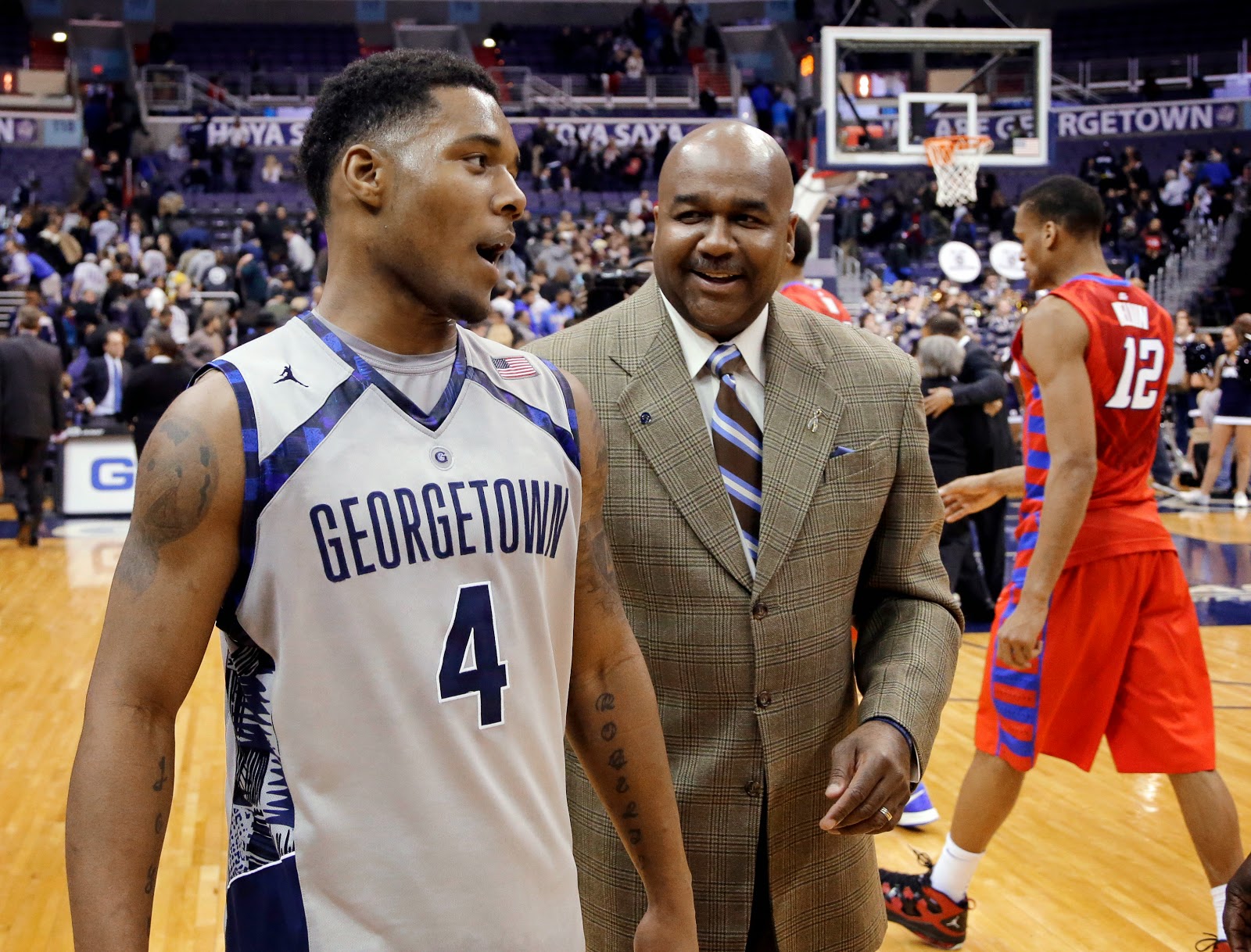 D'Vauntes Smith-Rivera (born December 20, 1992) is an American college basketball player for the Georgetown Hoyas.
Smith-Rivera is the son of Mateo and Kelana Rivera. He started high school at North Central High School in Indianapolis, and led his team to a state championship in his sophomore year. He transferred to the basketball specialty Oak Hill Academy in Virginia for his senior year, and he helped lead that team to the 2012 national championship.
He was recruited by UCLA, Louisville, Memphis, NC State, and Georgetown. He visited with NC State, but signed a letter of intent with Georgetown on October 15, 2011.
College career Smith-Rivera appeared in all 32 games his freshman year with the Hoyas, when the team won a share of the Big East Conference Regular Season Championship, and went to the 2013 NCAA Tournament. He was named to the Big East's All-Rookie team. In his sophomore year, he started all but one game, recorded two double-doubles, and led the team with an averag…
Posta un commento
Continua a leggere
Altri post