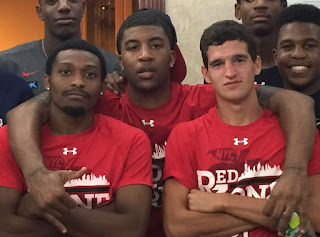 The talented point guard from Chicago — the only true point guard on the Red Storm roster — has opted not to pursue litigation against the NCAA after being ruled a partial qualifier, meaning he only can practice, a source told The Post.

The 6-foot-1 LoVett, a four-star recruit ranked among the top 50 of incoming freshmen nationally, was initially ruled a partial qualifier and subsequent appeals were turned down. Nevertheless, after extensive dialogue with the NCAA, St. John’s was under the impression that if LoVett fared well in his first semester classes, he would be cleared. But despite LoVett “doing everything he was asked to do,” the source said, that didn’t happen.

A nagging knee injury that would have kept him out a few more weeks if cleared played into the decisio…
Posta un commento
Continua a leggere
- dicembre 31, 2015 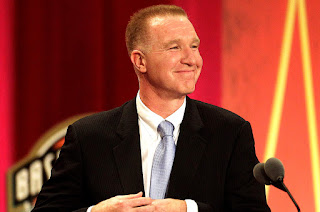 http://nypost.com/2015/03/30/chris-mullin-hired-as-st-johns-coach/
By Zach Braziller and Howie Kussoy,  March 30, 2015 | 4:57pm  Chris Mullin is coming home. Thirty years after leading St. John’s to the Final Four, the legendary Brooklyn native will try to bring his alma mater back to prominence, agreeing Monday to become the Red Storm’s next men’s basketball coach, according to multiple sources. A press conference is scheduled for Wednesday to formally announce Mullin as the 20th coach in school history. He is scheduled to fly to New York on Tuesday from Sacramento, a source said.

Mullin was St. John’s president Conrado “Bobby” Gempesaw’s first choice to replace Steve Lavin, who parted ways with the school on Friday after two NCAA Tournament bids in five years, three 20-wins seasons and an 81-55 record. Mullin — who will be charged with getting St. John’s its first NCAA Tournament win since 1999 and more — had been whispered as a potential candidate since last year and was formally of…
Posta un commento
Continua a leggere 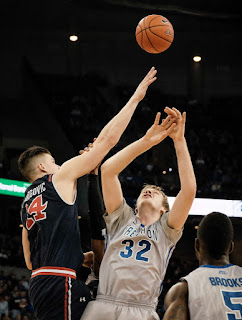 Scouting St. John’s  St. John’s is 7-6 on the season, including a 6-2 mark at home (5-2 at Carnesecca Arena), but have lost 3 in a row (Incarnate Word, NJ Institute of Technologyand South Carolina) heading into league play since a win over Syracuse.
Freshman Federico Mussini leads the Red Storm in scoring (14.0 PPG), assists (2.7 APG) and steals (1.3 SPG) per game, while also draining a team-high 30 three-point baskets and topping the club in free-throw percentage (82.9%).
Durand Johnson, a graduate transfer from Pitt, is second on the team with 11.6 points per contest, 16 steals and 19 three-point baskets.
Three others average in the neighborhood of 8 points a game, Ron Mvouika (8.8 ppg.), Christian Jones (8.5 PPG) and Yankuba Sima (8.4 PPG). Sima is tied for the national lead with 46 blocked shots.
SJU had all 5 starters depart from last year’s NCAA Tournament team that finished 21-12.

Scouting Creighton Creighton is 9-4 on the season, including a 7-1 mark at home and a 2-0 mark on n…
Posta un commento
Continua a leggere

Ranking the Big East Teams in Two Sentences or Less 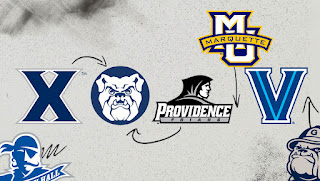 http://www.coxhub.com/articles/ranking-the-big-east-teams-in-two-sentences-or-less
By Daniel James — 12/29/15 2:07 PM
The names on the front don't change, but the names on the back certainly do, and with the way things have shaken out in the OOC, there's even more to consider than what was thought in the original preseason predictions. But while anyone could spend eons talking about the in's and out's of each team, how many can do this ranking with a minimalist style? Here's how I'm ranking the Big East teams, in two sentences or less.
1. Xavier:  Way underrated in the preseason, which is scary because they were not that underrated to begin with. Five guys averaging double digits, a deep (DEEP) bench, and a top-level coach has me very scared of the Musketeers.
2. Villanova:  A solid team that, despite a few early losses, is terrifying-good when their game is clicking, and still better than most when it's not. I don't need to go down the roster to tell you…
Posta un commento
Continua a leggere 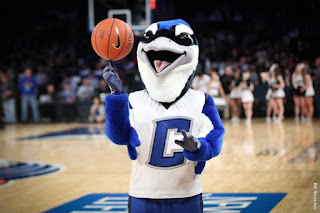 Billy Bluejay is the official mascot of the Creighton University Athletics Department. Creighton is a private, Jesuit NCAA Division I school in Omaha, Nebraska founded in 1878. Prior to 1924, with no official athletics nickname, University publications and news media often referred to Creighton athletic teams by the school's colors – the "White and Blue," or vice versa. Because of Creighton's location atop a bluff, the team was occasionally designated unofficially as the "Hilltoppers," but the name lost favor because at least six other teams in the country went by the same nickname. At the behest of Creighton's Athletics Board and Alumni Association, the Omaha Bee newspaper coordinated a public contest in late 1923 to select a nickname and mascot for Creighton University athletic teams. After reviewing 200 entries, the Athletics Board decided upon "Bluejays" because the color of the bird was in keeping with school colors.
…
Posta un commento
Continua a leggere

Sept. 29, 2009
According to several written sources and many an old tale, a group of St. John's University students led by Walter Bruce (Class of 1939) and Michael McNichols (Class of 1931) went out and found the original Redman mascot standing in front of a cigar store. "Chief Blackjack" made his first public appearance in his new position at the St. John's-Catholic University football game at Ebbets Field. When the underdog Redmen went on to a 22-0 victory, there was no turning back. Bruce later admitted that he and others returned and paid for the pilfered mascot.
The decision was made to change the "Redmen" nickname in 1994. At the time, colleges nationwide were becoming more sensitive to mounting Native American concerns in reference to collegiate and professional team nicknames that reference Native American culture.  Although the nickname "Redmen" was instituted because the athletes at St. John's wore red, and did not have an original b…
Posta un commento
Continua a leggere 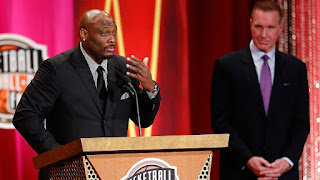 Oct. 6, 2015 6:41 PM EDT
NEW YORK (AP) — First-year St. John's head coach Chris Mullin has completed his coaching staff, naming fellow Naismith Memorial Basketball Hall of Famer Mitch Richmond a special assistant and Greg St. Jean an assistant.
Richmond, a six-time All-Star, played 14 seasons in the NBA, three with Mullin on the Golden State Warriors. Like Mullin he was a two-time Olympian (1988, 1996) and Richmond averaged at least 21.0 points in each of his first 10 professional seasons becoming one of just 10 players in NBA history to do so.
A former NBA director of player development, for the past two years Richmond worked with the Sacramento Kings as special assistant to the general manger.
St. Jean, the son of former NBA coach Garry St. Jean, spent the last two years working for the Sacramento Kings, most recently serving as the assistant player development coach. He spent two summers working with the Brooklyn Nets.
Posta un commento
Continua a leggere

- dicembre 31, 2015
College Basketball: Thursday, December 31, 2015 at 2:00 pm (Carnesecca Arena)
The Creighton Blue Jays will travel to Carnesecca Arena to take on the St. John’s Red Storm this Thursday afternoon in College Basketball action.
The Creighton Blue Jays won their 2nd straight game and improved to 9-4 on the season after defeating the Coppin State Eagles, 102-77, this past Monday, December 21st.  The Blue Jays had their offensive flowing in this one and had little trouble getting the victory after taking a 56-36 lead at halftime.  Creighton shot an impressive 60.7% from the field and 52.2% (12-23) from beyond the arc in the victory.  The Blue Jays held the Eagles to 42.4% shooting from the field and was outrebounded by Coppin State by a 42-20 margin.  Leading the way for Creighton was Geoffrey Groselle who had 16 points on 8-8 shooting while pulling down 9 rebounds and blocking 2 shots.
On the season, the Blue Jays have been led by Maurice Watson Jr. (12.5 ppg, 2.8 rpg, 6.4 apg), Geoffrey …
Posta un commento
Continua a leggere
Altri post