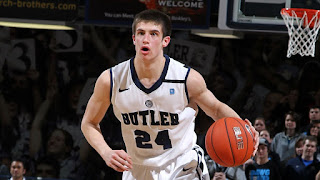 Kellen Dunham (born June 18, 1993) is an American college basketball player for the Butler Bulldogs. He has is playing his senior season on the 2015–16 team. At Pendleton Heights High School in Pendleton, Indiana, Dunham led the state of Indiana in scoring as a senior with 29.5 points per game and was named Herald-Bulletin Player of the Year. Dunham committed to Butler on July 7, 2010 and was highly regarded by recruiting services. As a freshman, he was an Atlantic 10 All-Rookie Team selection. He scored 16.4 points per game as a sophomore and was named to the Second-team All-Big East. He was a First-team All-Big East selection as a junior.


Early life
Dunham was born on June 18, 1993, the son of Christy and Jim Dunham. He has three younger brothers: Kenton, Cole, and Jamison. Both his parents are basketball fans and raised their sons in a Christian household. Young Kellen learned to shoot on a "Little Tikes" hoop in the Dunham living room. He improved his game through constant practice in elementary school and middle school, to the consternation of some of his friends. When he was in eight grade, he worked on his jump shot with shooting coach Mark Baker, where Dunham learned how to shoot over his head.

In his senior season, Dunham averaged 29.5 points per game and shot 92.1% from the free throw line, leading the state of Indiana in both categories. He scored 45 points against Alexandria. Dunham was named Madison County Player of the Year as a senior after leading Pendleton Heights to a 23–3 record. His season came to an end after a 46–43 overtime loss against Terre Haute North in the Class 4A Regional at Hinkle Fieldhouse. Dunham was twice named All-State. He was named Herald-Bulletin Player of the Year as a senior and was a candidate for Indiana Mr. Basketball. He holds the record for the all-time leading scorer at Pendleton Heights with 1,899 points and led the Arabians to back-to-back sectional titles.

He signed a letter of intent with Butler on July 7, 2010. Rivals.com ranked him the 21st best shooting guard and 93rd best overall player. ESPN included Butler's 2012 recruiting class among its top recruiting classes from teams in non-BCS conference s, noting Dunham was listed as an ESPN Top 100 recruit and is "a sniper to run off screens and create movement in the halfcourt sets for the next four years." In ESPN's scouting report, Dunham was listed as the 78th best overall player, due in large part to the fact that what he "does really well is shoot the basketball. How he goes about his business is akin to a master craftsman applying his trade. Dunham is in constant motion, working to get himself in position to score and he's typically shot-ready." Rivals listed him as the best shooter among all recruits of non-BCS teams. Then Butler head coach Brad Stevens said, "the thing he brings is an incredible ability to put the ball through the net."

Sophomore
"Most guys are relaxed, but I look up and I see Kellen, and he's ... going 110 miles an hour," said first year head coach Brandon Miller during an August overseas basketball tour. "Sprinting up and down the court. Shooting pull-ups. Going as hard and as fast as he possible can. He goes at a pace, whether its shootaround in Australia, 17 minutes into practice or two hours into practice, that never changes."

Dunham scored a career-high 32 points against Washington State in the Old Spice Classic, a tournament record. As a result, Dunham was named to the Old Spice Classic All-Tournament Team. Through the first nine games, Dunham averaged 18.7 points per game and shot 46 percent from 3-point range. He was named Big East Player of the Week on December 16 after contributing 25 points to lead Butler past the Purdue Boilermakers, 76–70 in the Crossroads Classic. Dunham had 30 points in a 99–94 double overtime loss to DePaul on January 9 and tied his career-best with six three-pointers, all of which came in the second half.

At the conclusion of the season, Dunham was named to the All-Big East Second Team. Despite his improvements, Butler had a lackluster season, finishing with a 14–17 overall record and bowing out to Seton Hall in the Big East Tournament. Dunham finished the season seventh in the Big East in scoring with a 16.4 points per game average to go along with 4 rebounds per game. Dunham shot 39 percent from the field and 35.5 from 3-point range. He hit a 3-pointer in 29 of the team's 31 games. After the season, he teamed up with several college players to participate in Athletes in Action's summer trip to the Philippines. Athletes in Action is a Christian group that helps athletes use sports for spiritual growth.


Junior
Coming into his junior year, Dunham was named to the Preseason All-Big East First Team. Dunham stopped drinking Mountain Dew prior to the season to improve his conditioning. Coach Brandon Miller took a medical leave of absence before the season and did not return; he was replaced by Chris Holtmann. Dunham was on the Battle 4 Atlantis All-tournament Team. Dunham scored a season-high 28 points on January 3, 2015 in a 73–69 win over St. John's. Dunham received Big East Player of the Week honors for the week of February 9, after scoring 21 points and pulling down seven rebounds in an 85–62 victory versus St. John's and recording 24 points in an 83–73 win over DePaul.

Dunham averaged 16.5 points per game, third best in the Big East, to go along with 2.6 rebounds per game. He led Butler to a 23–11 record and six seed in the NCAA Tournament. In the Round of 64 of the NCAA Tournament, Dunham scored 20 points, including an important 3-pointer with 1:18 remaining, to propel Butler to a 56–48 victory over the Texas Longhorns. The Bulldogs fell to Notre Dame in the Round of 32, 67–64. At the conclusion of the season, Dunham was selected to the All-Big East First Team. Dunham was a 2014–15 Men's All-District V Team selection by the U.S. Basketball Writers Association. He was named to the Second Team All-District V by the National Association of Basketball Coaches.

Quick Hits:
•Named to the 2014-15 BIG EAST Weekly Honor Roll five times.
•2014-15 Preseason first team All-BIG EAST
•Played with Athletes In Action on a tour of the Philippines during the summer of 2014
•Chosen second team All-BIG EAST in 2013-14.
•Named to the All-Tournament Team at the 2013 Old Spice Classic.
•Chosen BIG EAST Player of the Week after Butler’s win in the Crossroads Classic and chosen to the BIG EAST Weekly Honor Roll following the Old Spice Classic and after Butler’s victory over North Dakota.
•Tied Butler’s single game record for three-point field goal shooting by hitting seven of seven long-range shots against Seton Hall (3/8/14).
•Finished fifth on Butler’s all-time sophomore scoring list with 508 points.
•Selected to the 2012-13 Atlantic 10 Conference All-Rookie Team.  Named Atlantic 10 Conference Rookie of the Week four times in 2012-13.
•Set a Butler mark for most points by a freshman in his first game with 18 points in his debut against Elon.
•Tied Shelvin Mack (2008-09) for second place on Butler’s list for most three-point field goals by a freshman (57).
•Led the state in scoring and free throw percentage as a senior.
•All-time leading scorer at Pendleton Heights High School.

2012-13:
Played in all 36 Butler games, including 13 as a starter...finished second on the team in three-point field goals...fifth on the squad in scoring...came off the bench with 18 points in his first collegiate regular season game against Elon...led the Bulldogs with 11 points in a reserve role at Xavier...had four points, four rebounds, and two assists in first collegiate start against Marquette at the Maui Invitational...shared the team scoring lead with 17 points and grabbed five rebounds in Butler’s victory over #9 North Carolina in the semifinals of the Maui Invitational...had 12 points and three assists against Hanover...came off the bench and shared the team lead in scoring with 17 points against IUPUI...scored 11 points, pulled down five rebounds and one steal and recorded his first collegiate block at Northwestern...had eight points in Butler’s victory over top-ranked Indiana...scored 13 points and added five rebounds in Butler’s victory over Evansville...came off the bench with 12 points at Vanderbilt...had 10 points in a reserve role against Penn...scored a game-high 15 points to help lead the Bulldogs past New Orleans...had 11 points as a starter against Richmond...hit four three-point field goals and scored 14 points against #8 Gonzaga...scored 15 points and matched his career-high with three assists in a career-high 37 minutes at La Salle...came off the bench and hit five of six three-point field goals while scoring 17 points against Temple...grabbed a career-high seven rebounds at Saint Louis...hit two clutch free throws in the final minute and finished with 10 points at George Washington...scored 12 points against Charlotte...came off the bench with 11 points in 16 minutes against Duquesne...had nine points and five rebounds against Dayton in the A-10 Tournament.

High School:
Four-year varsity starter at Pendleton Heights High School…two-time team Most Valuable Player…three-time All-Conference and All-County Performer…two-time All-State…Madison County Player of the Year…2012 Indiana All-Star…team captain as a senior…led the state of Indiana in scoring and free throw shooting in 2011-12…fourth in the state in total points as a junior…averaged 29.5 points in final prep season and shot 92.1% from the free throw line…set school records for single game and career scoring…averaged 23.5 points as a junior and 17.0 points as a sophomore…posted a high-game of 45 points against Alexandria as a senior…scored 41 points against Fort Wayne Northrop as a junior…had a high-game of 10 rebounds against both Anderson and Alexandria as a senior…recorded nine assists against Alexandria as a senior…helped Pendleton Heights to a 23-3 record (7-0 conference mark) in 2011-12…led high school team to a 20-6 mark in 2010-11…played on teams that won two conference championships, three county titles and two sectional crowns…earned four varsity letters in basketball…honor student and YMAD (You Make A Difference) Award winner…
High School Coach:  Brian Hahn.
Butler College Basketball NCAA Profile 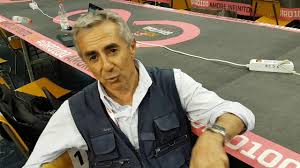 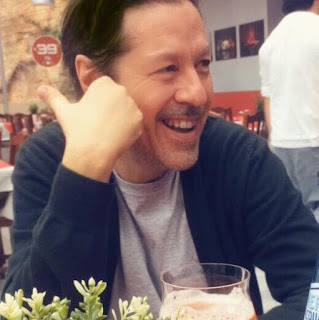