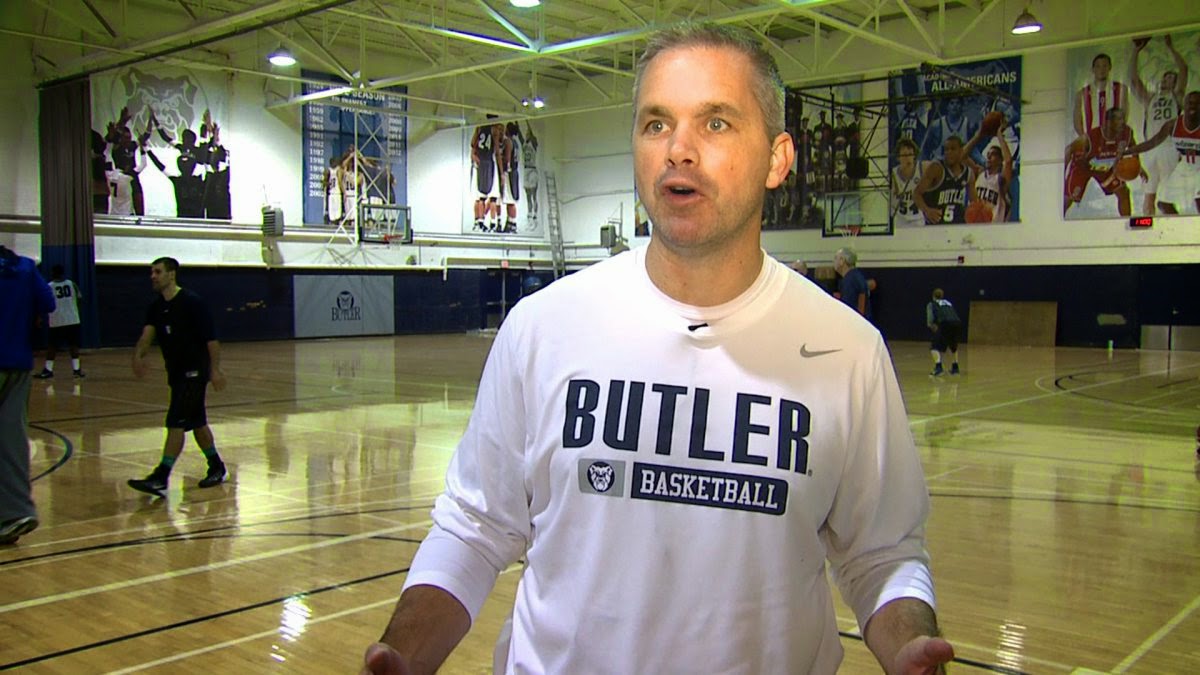 Brandon Miller’s first task as a head coach was replacing himself as an assistant coach. He made an immediate splash by naming Gardner-Webb head coach Chris Holtmann to the position on July 16, 2013.

Holtmann served as head coach at Gardner-Webb for three seasons (2010-13), leading the North Carolina school through a successful rebuilding effort. He took the Runnin’ Bulldogs from eight wins in 2009-10 to a school Division I record 21 victories and a berth in the CollegeInsider.com postseason tournament in his last year. Gardner-Webb won ten of its final 11 games in 2012-13 and finished a game out of first place in the Big South Conference. For his efforts, Holtmann was named Big South Conference Coach of the Year and NABC District 3 Coach of the Year.

Prior to taking the head coaching position at Gardner-Webb, Holtmann spent two seasons as an assistant coach at Ohio University under former Butler assistant John Groce. He helped build back-to-back top classes as recruiting coordinator for the Bobcats, and he was part of the staff that led Ohio to the 2010 Mid-American Conference Tournament title and an upset of No. 3 seed Georgetown in the opening round of the 2010 NCAA Tournament. Before his stint at Ohio, he served for five seasons as an assistant coach at Gardner-Webb, including four seasons as Associate Head Coach.

A native of Nicholasville, Ky., Holtmann was an NAIA All-American guard at Taylor University. He helped lead Taylor to a 25-9 record, a No. 1 national ranking and a berth in the NAIA National Tournament in 1993-94. He served as a graduate assistant coach at Taylor in 1997-98, spent one season as an assistant coach at Geneva College and then returned to Taylor as an assistant coach under head coach Paul Patterson. In his final two seasons at Taylor, the Trojans posted a 50-16 record, won back-to-back conference titles and ranked in the “Top 15” of the NAIA national poll.

Holtmann earned a degree in psychology from Taylor in 1994 and a Master’s Degree in athletic administration from Ball State in 2000.
He and his wife, Lori, have one daughter, Nora Jane.